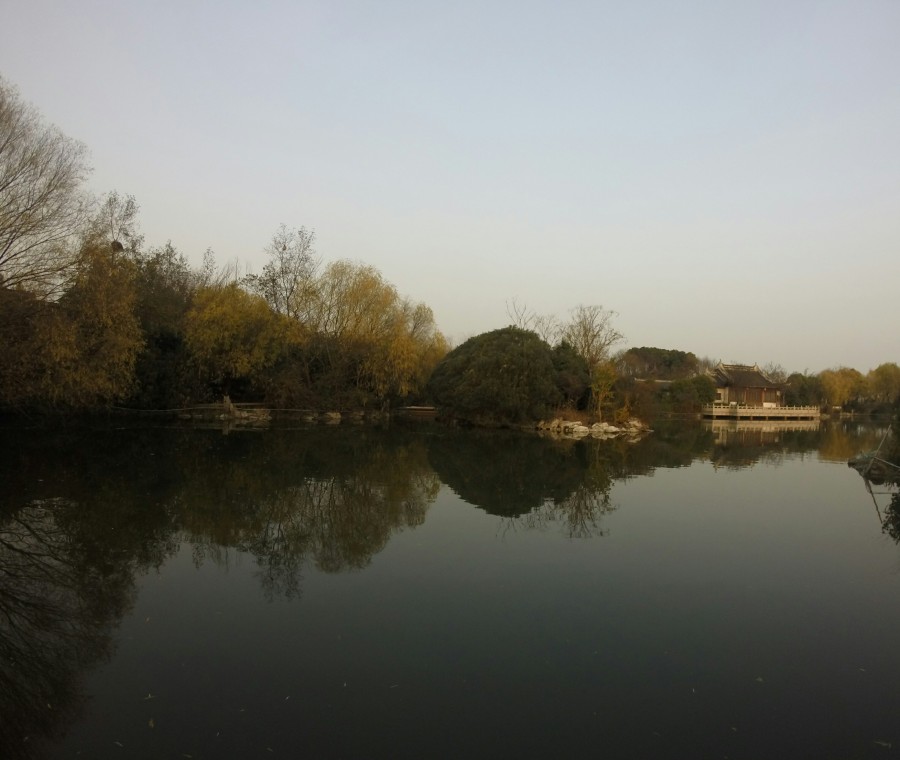 For 15 years, my winter breaks have consisted of me cuddling in bed with my laptop and workbooks. However, this winter break I was able to break the tradition and experience something besides the usual boredom.

I spent nearly three weeks in Hong Kong, Japan, and numerous parts of China, including Kaiping, Shanghai, Nanjing, and Hangzhou. Other than my trips to Canada and Mexico, I’ve never been outside of the United States before. Furthermore, it was my first time traveling with my whole family.

When we got to China, despite not even stepping a foot outside of the airport, we were baffled by the environment. My brother and cousin decided to try out the Chinese version of Kentucky Fried Chicken, which initially seemed identical to the KFC here. After receiving the meal, however, we realized that the portion sizes were completely different. A bowl of soup and mashed potatoes put together were barely the size of my fist. In addition, the restrooms in China were simply holes—something we all were definitely unaccustomed to.

Most of my time spent in Shanghai and its neighboring cities were at parks and museums. Prior to my trip, I didn’t think there would be any flower or pond parks in the urban areas of China.  Although the lake and river water was completely green and filthy, I was surprised to see how beautiful Chinese nature was. Lily pads dotted the surface of ponds, bamboo stalks and skinny trees paved the way for walking, and the cold, hazy atmosphere just made everything seem quite mysterious.

On the other hand, visiting Chinese museums was not exactly as lovely. We went to a tea museum, where tea enthusiasts and experts showed us the “amazing power” of tea products. They demonstrated how their tea was able to turn black rice water to white. Of course my mother, amazed, bought about three boxes of their products after witnessing this “unbelievable phenomenon.” I also went to a pearl museum, a jade museum, and a silk museum, all trips consisted of people constantly trying to shove their products down our throats.

While walking around a small village in Shanghai, my mother noticed a photography shop that had numerous traditional Chinese silk dresses on display, similar to the ones you may see in old Chinese drama shows. At first, I was reluctant to try one on, but my mother was insistent about me “experiencing the Chinese culture.”

The dress-up experience was unsettling at first. The owner pulled off a dress displayed on a mannequin and sent me to a small room in the back to change. She then used unwashed makeup brushes to apply makeup on my face and even put on a pair of unsanitized earrings. Afterwards, the photographer led me to various sites around the village to take pictures.

Weirdly enough, I somehow attracted quite a crowd. Tourists stopped to take pictures of me, while others whispered questions regarding my race. Even though the situation was awkward at first, I thoroughly enjoyed it. My photos came out beautiful even though the photographer used Photoshop to make me look paler.

To reach my parent’s hometown, we had to take a bus from Hong Kong to Kaiping for two hours. Both my parents grew up in rural environments, and I was once again amazed by the beauty of nature.

My father’s village looked foreign and archaic. The old houses, even the one he once lived in, were not demolished. The brick walls of his old house remained standing, and there were bamboo stalks and small trees growing out from the roof. The remodeled homes were huge—each about five or more stories.

Overall, I felt as if my trip to China was boring, but it had some interesting highlights. The trip was mainly for my parents to reunite with their friends and family. Most of the time it was really awkward for me and my brother.

My trip to Hong Kong was definitely more exciting. Although similar to China, Hong Kong is much more Westernized, meaning they have sitting toilets!

I was never a huge fan of Cantonese food. However, I’ve never had dim sum as great as the ones I had in Hong Kong. The street food was also much better than the imitations you find at the 626 Night Market.

The shopping was also on a different level—literally. Malls reached over five floors, giving us the best shopping experience. There was even a floor exclusively for food.

Although Hong Kong was extremely polluted, which forced me to wear a mask, I loved it. I was able to communicate better and experience a more urban side of China.

Our last stop was Japan. I can go on forever about this amazing country. For the longest time, my brother and I had been longing to visit Japan, and we were not disappointed at all.

In Japan, I was finally able to take my mask off. The air didn’t feel polluted, a nice change from China. Although there were no trashcans on the streets, it was not littered or dirty at all.

As most of us know, Japan’s technology is amazing. There were vending machines everywhere that consisted of hot and cold drinks like milk tea, grape soda, lychee drinks, and more.

Weirdly enough, Japan also had the best toilets. The hotels, restaurants, and even the rural and urban areas had electronic toilets. They had heated seats, played music, and sprayed water.

Our tour guide also took us to popular restaurant attractions, including a ramen museum, where we ate probably the best ramen noodles I’ve ever had, and learned about the history of ramen.

Although I was able to indulge myself in Japan’s traditional meals, I found a restaurant in a mall in Tokyo that won me over. I ordered an egg omelet over beef curry, the best meal I’ve ever had. The egg omelet had rice with cheese inside, and with the beef curry—it was perfect.

My father and I went to Sakura Photo Studio, a kimono dress up shop, in another district of Tokyo to try on a kimono. Similar to my dress experience in Shanghai, my kimono experience at the temple also received a lot of attention. An old shop owner saw me and clapped excitedly and other tourists took photos.

The trip to Japan was, hands down the food, shopping experience, and overall atmosphere was amazing. I definitely will be coming back.

My trip to Asia was the best vacationing experience I’ve ever had. Although I felt as if I gained 10 pounds, it was completely worth it since I was able to experience so many Asian cultures.

One Response to “Travelling Around the World: China, Hong Kong, Japan”