Common Core: Opting out not an option?

Should students be allowed to opt out of taking the Common Cores test? Read our responses and vote below!

This past month, Common Core standardized tests arrived at schools and were administered to students as young as third grade. Parents have previously voiced concerns over the new Common Core curriculum, and now a frenzy of paranoia known as the opt-out movement is starting to grow in popularity. What worried parents fail to see, however, is that the opt-out movement is nothing but an obstacle to the furthering of U.S. education.

Eighty-five percent of American students are currently attending schools that have adopted the new Common Core curriculum. As opt-outs to the Common Core standardized testing increase, the tests become meaningless.

These tests, which include the Partnership for Assessment of Readiness for College and Careers and the Smarter Balanced Assessment Consortium were created with the intent of improving education by pushing students and giving appropriate reports on areas of weakness. However, with the widely spreading opt-out movement, it is becoming impossible to accurately measure children’s education and the effectiveness of the Common Core system itself.

New York superintendents have reported up to 70 percent of students sitting out for the tests. Such boycotting is only harmful to the education of students and defeats the entire purpose for standardized testing. With results accounting for as little as 30 percent of students in schools, these tests do not reflect the academic standings at all.

In fact, federal funding for schools could be cut if more than five percent if students opt-out of the Common Core tests.

Here at Diamond Bar, tests are a dreaded subject to students. Year-round, they struggle to prepare for standardized tests, the SATs, ACTs, SAT IIs, APs… the list goes on. Still, tests are a necessary evil to ensure the success of our students.

Prior to the onset of Common Core, different states held different measures to compare student academic abilities. With the introduction of Common Core standardized tests, states are able to compare student scores with that of other states, nations even. The level of difficulty of the tests doesn’t matter as long as the tests are administered consistently throughout the system. Thus, educators would be able to compare academic ability from school to school and see where improvement is needed.

The outcry of parents and supporters of the opt-out movement is solely an act of avoiding change, and for students, an act of avoiding testing altogether. Even if the PARCC and SBAC assessments aren’t the most effective ways to test students, it certainly is the best measure we currently have. By implementing Common Core standardized tests, we gain the opportunity to push education toward change and improvement.

Missing a test in school means flunking. Missing a state test like the Smarter Balanced Assessment Consortium has no effect on a student’s future, and could even be a relief in the midst of the thousands of tests that students take on average.

At Diamond Bar, there was little trace of the growing opt-out movement, which has spread to multiple districts in the country. Although it’s likely that some of those who opted out were in advanced classes, this does not make them insusceptible to high-stakes testing stress.

Juniors in particular have AP and SAT tests to worry about, and would rather not spend class time completing one meaningless test, when they should be focusing on tests that are more significant to their own futures.

Already the testing schedule allots less instructional time for students in the midst of the AP season, and students and teachers alike must overcome challenging schedule changes in order to take the computerized tests.

But if other classes aren’t enough to worry about, the difficulty of the new Common Core tests will most likely cause even more anxiety for students. As opposed to state tests administered in the past, the Common-Core based tests are focus more on analytical skills.

If students have poor basic English or math skills to begin with on tests with more straightforward questions, these analysis-based questions become undoubtedly more difficult. For any student who has anxiety about taking this new test, it is only logical that they be allowed to skip it, since it is not even required by the government, which provides opt-out forms.

Many discourage parents to sign these forms, because they believe that the tests must be implemented in order to compare schools across the nation, and thereby root out which schools are not doing enough for their students.

However, parents should not listen, because they should know that individual students cannot become statistics or standards.

Besides, the system of comparison is bound to be faulty, because schools cannot always be accountable for the state testing scores of students, as many teachers have not been teaching this “standard” curriculum in the first place.

Instead of simply submitting to the tests, teachers should take the movement as a wake-up call to address Common Core standards with students, so they do not feel uncomfortable with the tests.

Students take tests as a way of life. On top of the thousands of tests critical to GPA’s, the SAT and AP exams that each student takes should have priority over tests like the SBAC, which will have no effect on each individual. Those who realize this inherently know that our students are not guinea pigs.

Letter to the Editors 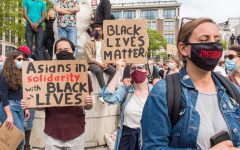 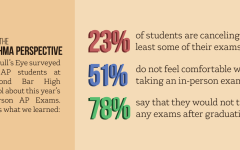 Notorious CMC: College Board continues to stumble over COVID 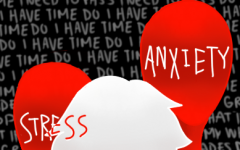 The stress behind success 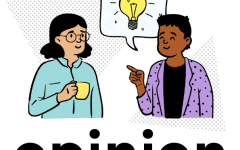