Taking the helm of football 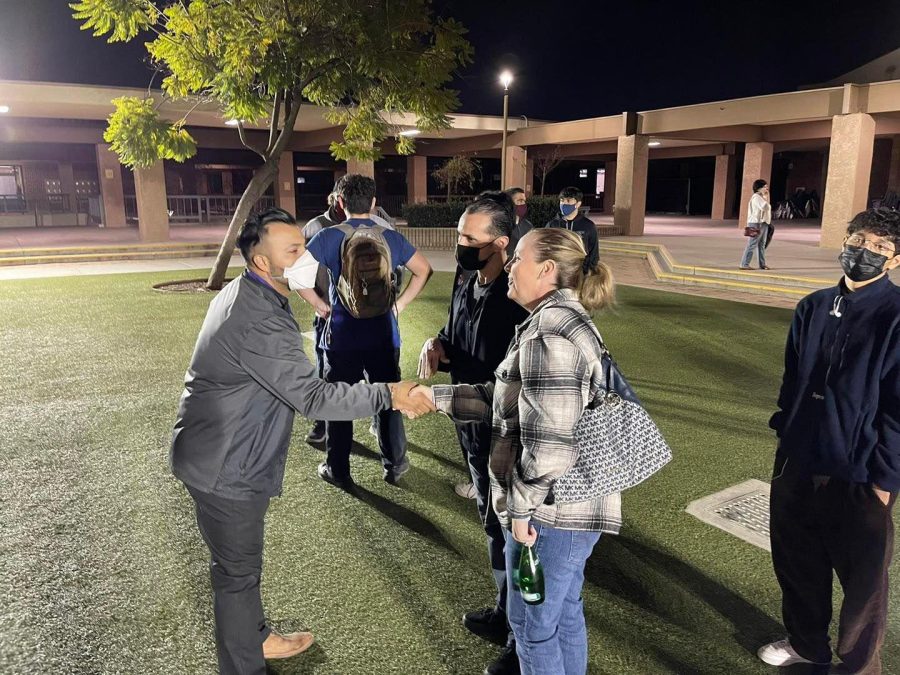 At the end of the season, previous head football coach Jeff Reitz stepped down from the position he held for four years, and it was only recently that the DBHS administration approved Castaneda to take his place.

“I am incredibly excited and blessed to be the new head coach at DBHS,” Castaneda said via email. “Diamond Bar has a great tradition of strong academics and championship athletics, and I am excited & honored to be a part of that.”

Before coming to Diamond Bar, Castaneda had been coaching football at Rosemead High School for the past four years and worked as a science teacher in the Pasadena Unified School District.

“I had been looking for a new opportunity to teach and coach and Diamond Bar was a good fit for both academics and athletics,” Castaneda said. “There were several other opportunities that presented itself but after talking with our [athletics director] Kurt Davies and our Principal Dr. Jones, I knew this would be a great place to be.”

All together, he has been teaching for six years and working in education for ten years in various capacities, ranging from roles of admissions to a marketing director. He has also worked as a football coach for ten years—something that’s been a part of his life ever since he was five.

Castaneda initially began coaching after suffering an injury in his sophomore year as the starting quarterback for Whittier College.

“That following spring I had come back as QB but the injury still lingered and I had just started working with quarterbacks and offense at a local high school, so I made the decision to continue coaching and stop playing,” Castaneda said.

So far, some of Castaneda’s coaching accomplishments include leading players to win two back-to-back Mission Valley League Back of the Year selections, a first team All-CA State team quarterback and having multiple All-CIF players selected, among various others.

“Coaching football for me is a passion. It’s about building up young individuals to be the best versions of themselves not just on the field but in life,” Castaneda said. “Football is such a unique game and so much of what is embedded within the game itself resonates with life.”

His current goals for the DBHS football team are to win a Hacienda League Title, beat Walnut and win back the Branding Iron, get into the CIF playoffs and compete for a CIF title.

“The returning football team looks very solid and [they] have had a good season, with some key players returning next fall. I am excited about the upcoming freshman team as well,” Castaneda said. “There are some solid football players within the program and I am excited to work with them this spring.”