Rewiring the team for victory 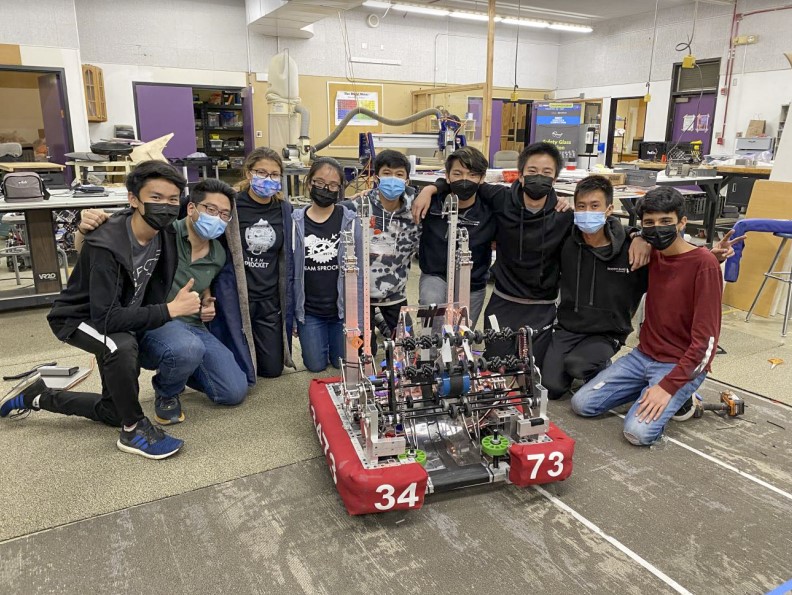 After a rough start this school year during their Beach Blitz competition in November, Diamond Bar High School’s Team Sprocket has prepared to show their mettle going into the main season.

Having performed well below their expectations during the pre-season event, largely due to mechanical issues, the group has since reflected on their mistakes and taken preventive measures to ensure a more successful future.

“At the competition we got 14 out of 42 competitors, way better than placing 33rd out of 34 at Beach Blitz,” junior William Li said. “I think this has caused a big boost in team morale and there were very little issues, a good sign for upcoming competition.”

In the event, the brahmas were tasked with developing a robot that could transport balls into containers at varying heights in addition to climbing monkey bars. An entirely different type of game than the one they played at Beach Blitz, Team Sprocket started from scratch when designing the bot. Since Beach Blitz, the team has been working on the new design alongside relearning the fundamentals lost during a year of no practice.

“Since I’m the electrical lead, with the new robot, I got to design the whole electrical board myself this time,”junior Namky Eun said. “Through a lot of hard work, commitment, and planning, we haven’t encountered any electrical problems, mistakes, or failures the entire build season.”

Due to last school year’s virtual format, the team’s robot is more simplistic compared to those from previous years. According to Eun, the group has been dedicating more time to reviewing core concepts and ensuring they understand the basics, therefore picking a less complex design. Due to this shift, Sprocket has experienced a more manageable workflow and, as a result, team members feel more confident in their understanding of fundamental engineering concepts.

“During the first few weeks our team was only focused on crunching out ideas and calculations, and we didn’t really have opportunities to bond together as a whole,” junior Dawson Lam said. “Afterwards something just clicked and now it feels like we’re in the zone. The mechanical subteam, the division I’m in, feels like a family, where everyday we make jokes and sing as we work.”

With this success giving the team more drive, their chances of future success are looking good as they head into their next competition, the Los Angeles Regional on April 2.