Preparing further down the line 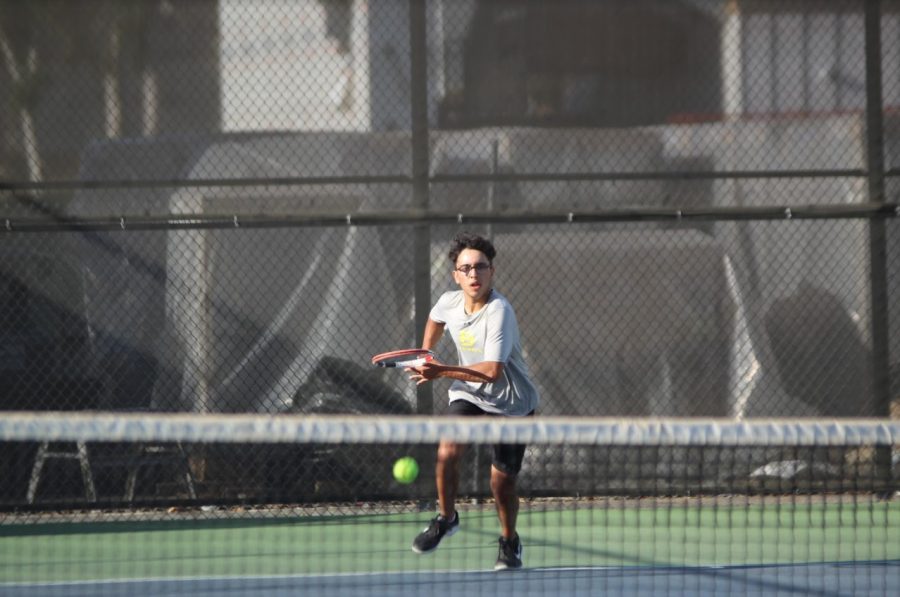 Intentionally outmatched by stellar teams during their preseason, the Diamond Bar High School boys tennis team is swinging into league strong, optimistic with their chances given the vast improvements they have already undergone.

Hoping to repeat as league champions, the athletes have been conditioning tirelessly these past couple of months, going up against teams in higher divisions than themselves.

​​“Our goal for this year’s preseason is leaned more towards learning than winning,” senior co-captain Han Lee said via Instagram. “We can improve on small errors that occur during the game.”

Though the team is always looking to improve on basic skills, such as serves and returns, preseason is the time for implementing new tactics and increasing players’ overall game awareness.

“Now, we are working on developing what’s called ‘match toughness,’ which is mental toughness plus tennis intelligence,” coach Troy Wong said via email. “Match toughness is what separates us from similarly skilled opponents.”

This attitude of prioritizing growth can also be translated to the team’s frame of mind as they work on approaching each game individually, not focusing on previous errors and giving their all to the match at hand.

“I think the team did well on having confidence and not going into the game with a losing mindset,” junior Vishnu Siriam said. “We can definitely improve on our game as a whole as we were outmatched this game [against Claremont] on a skill level.”

So far, the team has participated in four preseason matches—the most recent being against Claremont High School.

“Although we were unable to win [in the end], we were able to win six sets out of 18. The team did really well in never giving up until the very end,” Lee said. “Every set was played to the last point with the intent of winning.”

While DBHS is a Division 2 program, CHS is an Open Division program—a ranking higher than Division 1.

“We have no illusions of defeating Claremont. We schedule them in our preseason for our improvement,” Wong said.

The previous season ended with DBHS and their rivals, Walnut High School, tied for the first place in the Hacienda League. However, the preparations that are currently underway will prevent that situation from playing out again this season.

“For the league, we hope to dominate our opponents and hopefully be league champs once more like last year,” Lee said.

The Brahmas are next scheduled to play an away game against Wilson High School on March 17.