Fresh pitch to the season 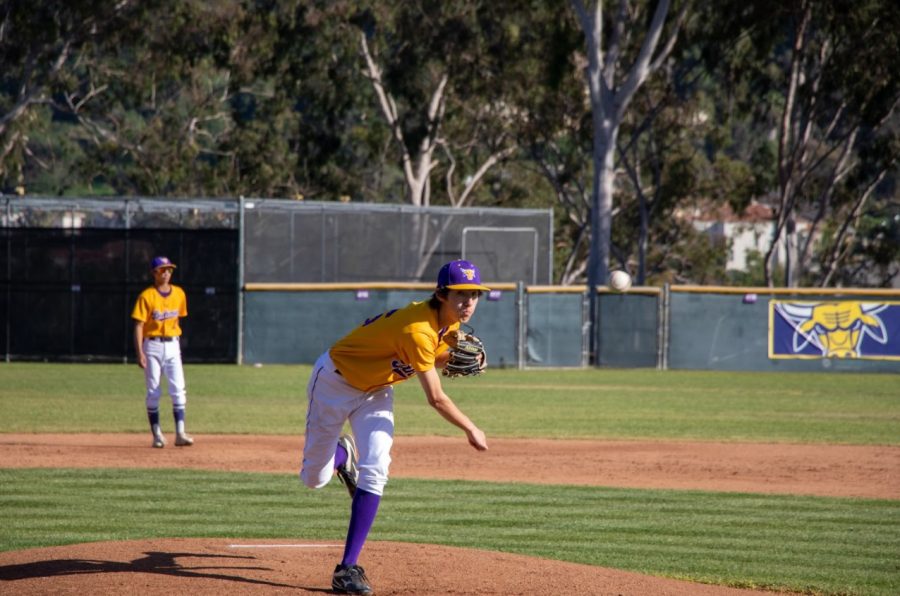 While they finished last season with a 13-8 record and placed fourth in the Hacienda League, the Brahma boys baseball swung into this season at a slower pace than usual. Regardless, they remain positive and reach their goals of a league championship and CIF playoffs.

The new season brought in many first-time varsity players, as well as new head coach David Lopez, who had been an assistant coach to former head coach Jonathan Hurst for the past six years.

“We’re a little younger this year than last year,” Lopez said. “I did expect a little bit of a learning curve because of some of the changes that I’m making, and there has to be some growth.”

The team looks to strengthen their offense in upcoming games and throughout the rest of the season, particularly by focusing on batting during practices.

“Our hitting needs to improve in order for us to have some more success,” Lopez said. “We are able to get our players on base, but we’ve struggled to get that big clutch hit that drives the runners in.”

Considering that the team consists of many newcomers, the boys are performing to the best of their ability, especially sophomore Jake Mestas as well as juniors Sean Gonzalez and Matthew Vargas that Lopez credits as stand-out players.

“[Mestas] has been our leadoff hitter and shortstop and had a fantastic season,” Lopez said. “Matthew Vargas has really come on and done an amazing job offensively and defensively. Sean Gonzalez has been a great pitcher for us. All three of our wins, Sean was pitching.”

The Brahmas have a 3-7 record so far, reflecting a contrast from last year’s 7-3 start. Still, Lopez and the team strive to get past the struggles and return to winning more season games and hopefully qualifying for the CIF playoffs, which they were unable to make last year.

“Every day we work to get a little bit better and every day we’re working on yesterday’s mistakes,” Lopez said. “We don’t dwell on them too much, but we of course, we try to fix things that definitely could happen in the future.”