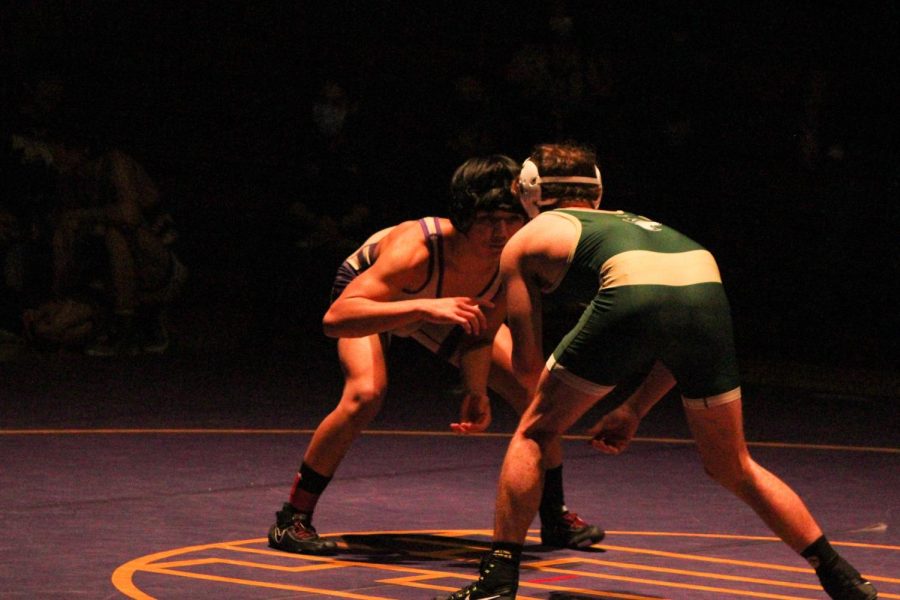 Following the challenges as a result of the Omicron outbreak, the Diamond Bar High School wrestling team finished their season strong, advancing despite their struggles.

The team competed in the Hacienda League Finals on Feb. 5, hosted at Walnut High School, with all nine wrestlers placing on the podium and qualifying for the upcoming CIF tournament.

As a whole, the wrestlers also took third overall at the Ralph Harris Invitational Tournament, which was earlier that week.

“The team is a lot more confident and seasoned,” senior captain Ryan Wong said. “Our guys have a lot more experience now as opposed to the beginning of the year.”

Amidst the outbreak of the new strain, many of the wrestlers could not participate—some from a lack of parental approval and others as a personal choice. Despite this, the students returned ready to match  the increased intensity of their practices.

“We are closer now than in the beginning.” senior Wesley Macamay said. “We formed close relationships and we feel like a family now.”

The team competed at Ayala High School on Feb. 12 for the CIF tournament with Macamay placing sixth in his weight class. He will be heading to the Masters Tournament in the coming weekend at Sonora High School.