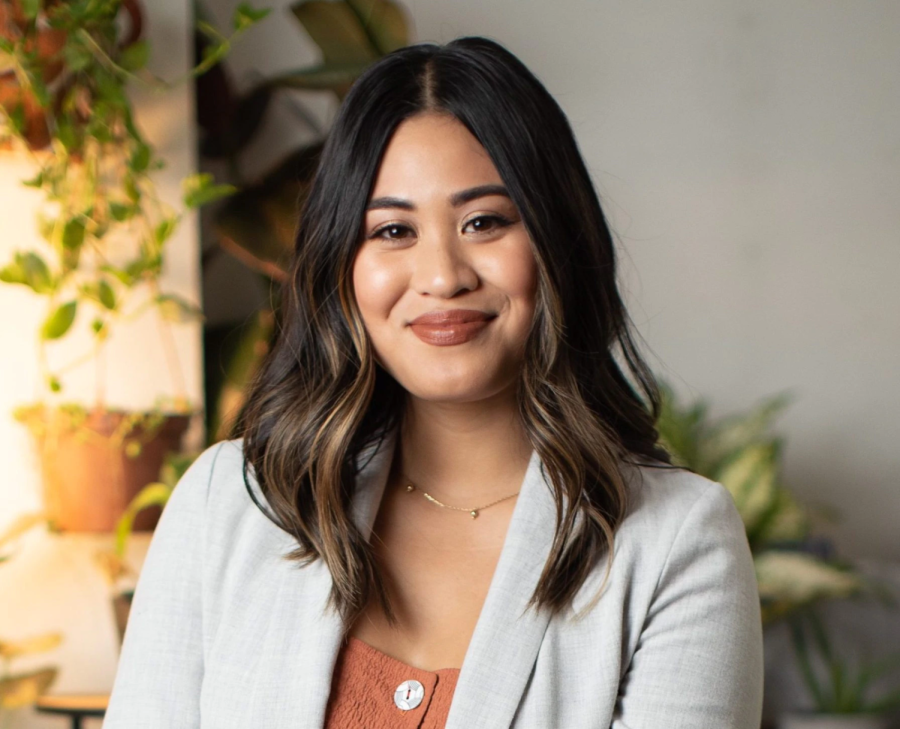 Starting out as a real-life Disney Princess, then making her way up the corporate ladder to an executive position, Diamond Bar High School class of 2012 alumna Alyssa Navarro was recently featured on the illustrious Forbes’ 30 under 30 for working her dream job at the Walt Disney Company promoting minority representation.

She earned recognition for her work as Executive Producer and Coordinator on the Disney Launchpad Shorts Incubator. The initiative enlisted six filmmakers from minority  backgrounds to share their cultural perspectives by creating live-action short films featured on Disney Plus.

“Representation matters because when you see yourself represented on screen, you feel seen, you feel heard, and you feel less alone and empowered that you can be a superhero, or a princess, or a doctor, lawyer, etc,” Navarro said via email.

Part of Navarro’s own inspiration to pursue her current career path came from her father—a retired technical support engineer at the Walt Disney Animation Studios.

“It was just my dad and I, and we got to see the whole room with all the props from every Disney movie,” Navarro said in an interview for the La Verne Magazine. “After visiting there, I knew that I would eventually work with something like that, and it made me love the Disney Company even more.”

Growing up, she pursued her interests through the performing arts, taking various classes in dance, piano and singing. At DBHS, Navarro was involved in the show choir and went on to be president of the choral department her senior year.

“I was always known as the girl who wouldn’t stop singing,” she said. “I was in every play, musical, performance at a pep rally–if there was singing involved, I was a part of it.”

Navarro began working at Disney when she was 20 years old, casted as a dancer in the show “Fantasmic.” She would later go on to perform in the roles of a mapmaker and Mulan in the “Mickey and the Magic Map” musical.

Giving up her spotlight on stage, Navarro became more involved in entertainment media after graduating from the University of La Verne with a degree in Communications and Marketing. And, after getting an internship at Disney, Navarro joined their Creative Marketing team.

“I ended up getting a professional internship and spent months dedicated to networking and meet-and-greets learning about different roles within the company,” Navarro said. ”One of my meet-and-greets was with a Director of Creative Print marketing, who eventually offered me a full-time job as her executive assistant.”

Her current position as a Manager of Content Advisement at the Walt Disney Studios for Representation, Inclusion, Strategies and Engagement—also known as the RISE team—allows her to work more closely with her passion.

“My role and our team exists to diversify the types of stories we tell and who tells them,” Navarro said. “My work involves reading and reviewing scripts and screenings to ensure cultural authenticity and identify any potential blind spots in our content.”

In addition to promoting storytellers who bring authentic stories with relatable themes, the RISE team also aims to bridge the gap between the creatives at the studios and the communities they hope to reach with their content.

“Representation is something that I’ve been passionate about for many years. It’s something that is very personal to me because I didn’t grow up feeling fully represented on screen,” Navarro said. “When a role on the team opened up, I took it as a sign to change my career path from marketing to DEI [diversity, equity and inclusion].”

Currently, Navarro plans to continue to further inclusivity and honest representation in the industry through her position at the RISE team.

“Representation is important because people feel validated and feel a sense of worth by seeing themselves reflected on screen,” Navarro said. “I’ll continue to push the needle forward and push for more rich authentic diverse stories in Hollywood.”