Wan-take: “Where are you from?” 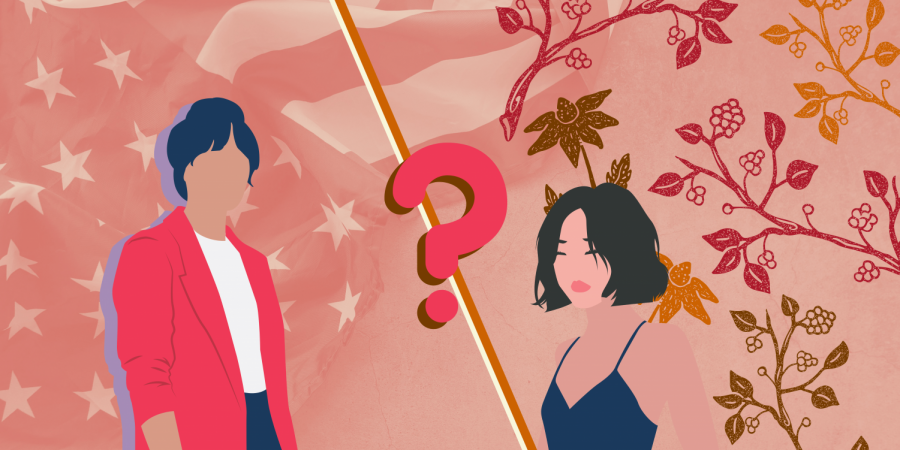 “Where are you from?” I’m sure that every person of color has been asked a variation of this question at some point in their lives—directly or inadvertently. While this question may be well-meaning and reveals an important part of a person’s identity, there remains a difference between genuine curiosity and blatant disrespect.

Growing up in Los Angeles means having the privilege to be surrounded by various communities of color. But in our small, suburban area of Diamond Bar, this truth is amplified, especially considering the race percentage at Diamond Bar High School is 85% Asian-Pacific Islander.

Despite this diversity offering multiple opportunities to be well-versed in conversations about race, the amount of times I’ve heard this topic approached in an inappropriate manner is too many to count.

While I visually present like people of my heritage, Cantonese-Chinese, I’ve had friends whose name or appearance is more racially ambiguous, subjecting them to random interrogations and, sometimes, even people attempting to guess their racial identity. To some, especially students on our campus, these actions may seem trivial—a fun, little guessing game to get to know the people around you better.

But, getting to know someone entails learning small facts about them, not drawing conclusions about their race based on age-old stereotypes.

To be honest, I’ve participated in this game myself, watching as people grimaced at my answers that I had no right saying in the first place. No matter if my manner of asking this question was nonchalant or serious, there is no situation where a person should feel like their race is being joked about or admonished.

So then, what does qualify as an appropriate attitude when broaching this topic? First, it’s important to understand how ambiguous the question “where are you from?” is. While some will automatically see it to mean their race, some might answer with their city, state or country of birth, rightfully so. Instead, words like “culture” or “heritage” should be used as they hold direct connotations to one’s background.

Asking the question with a tone of genuine curiosity is equally as necessary. To admonish or tease the other party when they choose not to answer such a personal question is completely uncalled for. It’s their identity, not yours, and they have no obligation to answer any questions about their culture to someone they might’ve just met.

A person’s heritage is not something for people to guess, nor is it something that others are required to know—it’s a part of who they are and, if they do choose to reveal this, it’s something that deserves respect.