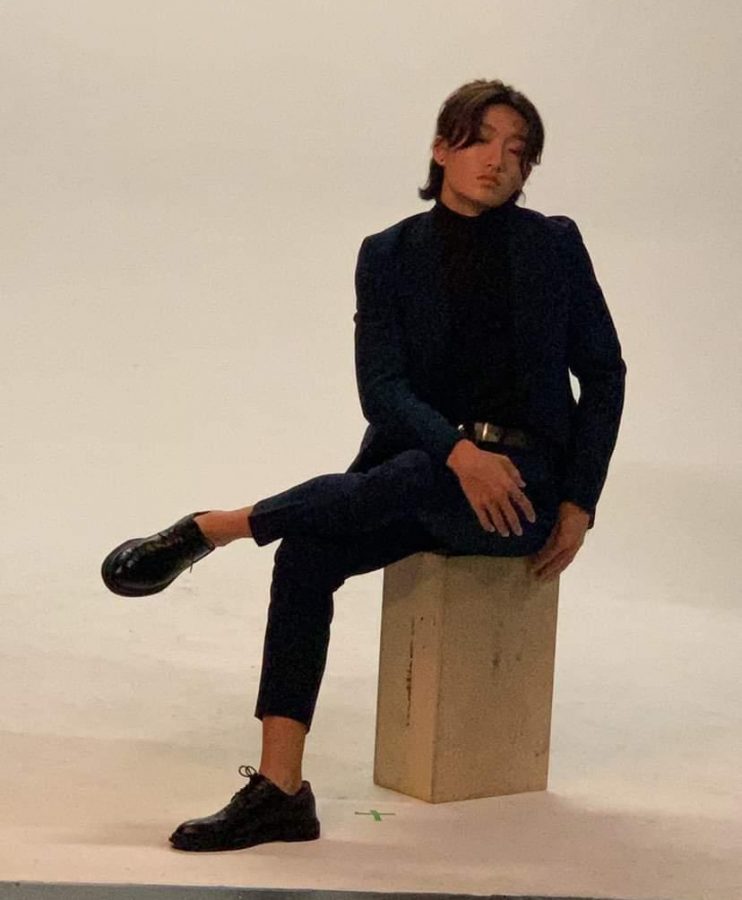 Strutting down the runaway in luxury fashion, senior Gavin Han has recently begun to find his bearings in the modeling industry.

The Diamond Bar High School senior said he had always been interested in being a part of the entertainment industry in some way. However, it wasn’t until an unexpected conversation that Han realized his dreams could become a reality.

“[At the beauty salon], I was getting a facial; she [the facialist] complimented me and said I should be a model,” Han said via Instagram. “We had a nice conversation, and she referred [an] agency to me; I went there the same weekend and immediately got [connected].”

Despite having started modeling in Aug. 2021, Han has already been booked several times for various small brands.

“I only started modeling this summer, but I have been to two charity shows now: the most recent, 33rd annual Miss Asia press conference and the Nautical Ball 2021 Black Tie Charity Gala at Balboa Bay Resort,” he said. “I have also modeled for this designer brand called Masaki Mitsuka; they own a store in Fashion Island Plaza down at Newport Beach.”

These debuts, in addition to the rather rushed nature of his bookings, were impressive; however, they came with obstacles that were difficult to overcome as Han felt inexperienced and under-prepared compared to the other seasoned models that surrounded him.

“[During my first casting] at a show for LA Fashion Week, I remember seeing this one tall girl showing her walk before us,” he said. “Everything she did seemed so relaxed, natural and confident, and the judges looked very pleased.”

Prior to his experience in the modeling industry, Han said he had no issue with his appearance and self-confidence, but after entering the field, he described struggling with newfound insecurities resulting from his inexperience which, at times, had caused him to miss opportunities.

“[When I started], everyone looked great, and they all seemed so confident and like they knew what they were doing, and without knowing, I felt more and more insecure,” Han said. “I felt like I wasn’t doing the walk the ‘right way’ or [that] I [didn’t have] the ‘right’ facial expressions.”

Aside from a lack of self confidence, Han noted that, since getting more involved with modeling, he has had to become more responsible about his diet and physique.

Nevertheless, Han has slowly begun to find his own style and become more comfortable in the industry. The Brahma discussed his most recent show for the annual Miss Asia Press Conference in which he felt he delivered his best performance yet.

“When I walked, the host, who was describing everyone walking, said that my outfit was really nice and my look was cool, saying it was ‘cold as stone’,” Han said. “Afterwards, I continued to get more compliments about my facial expression and the way I walked, and it boosted my confidence and made me really happy.”

Although Han aspires to further his career as a model in the future, he said that, realistically, it will probably stay a side job for a while.

“I would love to become something like a world-famous model, but that is very unlikely,” Han said. “[I want] the kind of lifestyle where you get paid a whole lot just to show yourself off in some cool clothes to the world and travel everywhere for free.”