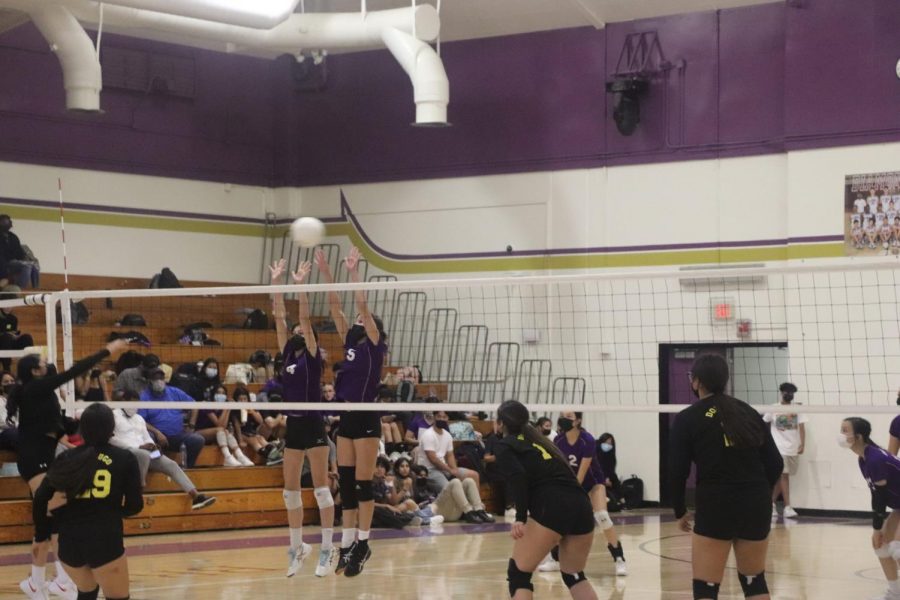 The Lady Brahmas emerge victorious in their third season game against Don Lugo.

After all the sweat and hours put into summer practices, the Diamond Bar High School Girls volleyball team has set off the season with a solid game record of 2-2.

Unfortunately, the Lady Brahmas lost their first two matches to Brea, 3-1, and Fullerton, 3-1. In both games, the team struggled to receive serves consistently, which affected the ability to get their hitters’ efficient sets. Also contributing to their losses was their blocking as it wasn’t as strong as they practiced.

“Playing on the varsity team has been a very fun experience so far, but it has also been super competitive,” George said.“The teams we played against have definitely been a challenge, but our team pushes through every game together.”

Unfortunately, returning varsity setter senior Brooke Cha was sidelined with a knee injury, so senior Elisha Chung and sophomore Isabella Ross have been running the offense in the setting positions. Taking the libero position is Junior Jazmine Banks— one of the stronger defenders on this year’s team.

“An area we [the team] can all work on is keeping our energy up, especially when we’re losing,” George said.

The Brahmas are still trying to figure out their optimal lineup and rotations to maximize the strengths of each team member. However, the team has already shown a lot of progress in just these first three matches. Even in the two losses, they have been competitive and won a set in each, despite losing more matches overall.

The Brahmas played their first home match on September 2nd against Don Lugo. The team won 3-2. During the first game the team was just warming up, but as the game progressed they were slowly catching on and pulled through to win. Team Captain Mosley, was one of the reasons why the team was strong. The players supported each other through every winning and losing point and strived for each and every single point.

“Brahma volleyball has a bright future as we look to be competitive in the Hacienda League,” head coach Rebecca Bevans said.