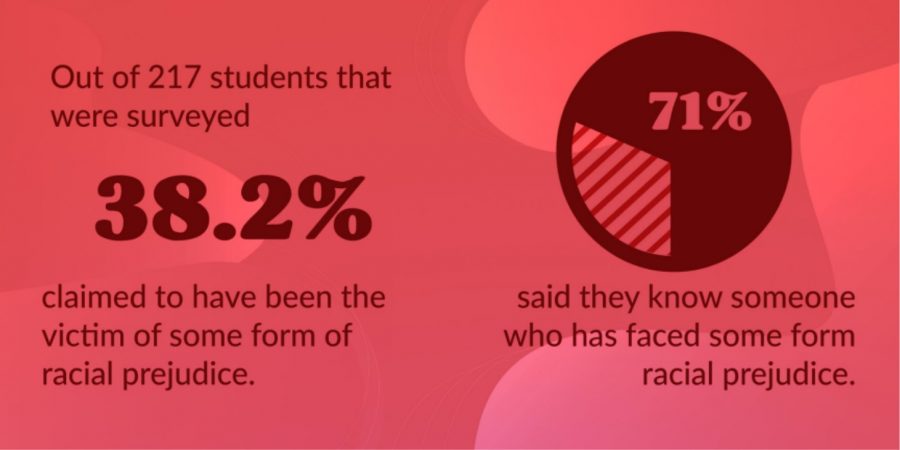 Since the start of the COVID-19 pandemic, which began in Wuhan, China, hate crimes against Asian Americans and Pacific Islanders have risen to new heights.
A recent study by the Center for the Study of Hate and Extremism at Cal State San Bernardino reported that from 2019 to 2020, hate crimes against Asian Americans rose by 149 percent nationwide. According to the group Stop AAPI Hate, roughly 500 incidents across the U.S. took place in January and February of this year alone.
To show solidarity among residents and raise awareness on the topic, Diamond Bar resident Ronda Hampton organized a protest on Grand Avenue and Diamond Bar Boulevard. The event later made headlines upon being interrupted by a man who drove through the crowd while yelling racist obscenities, almost hitting a few protestors.
“The hate is really concerning,” sophomore Kaitlin Chow said via Instagram. “That video of a man almost running over an anti-Asian [hate] protester [while] saying slurs shows that even our sheltered Diamond Bar isn’t really safe from racism anymore.”
Chow said that she initially thought living in a predominantly Asian community would protect her from any racist incidents, but recent news events have made her and her family more cautious about safety.
“If we do need to go to public places, our main priority is to just stay in places we deem safest and hope we can get in and get out,” Chow said.
In response to the attacks against the AAPI community, protests like the one in Diamond Bar have surfaced to show support and raise awareness. Businesses and well-known public figures like rapper Megan Thee Stallion have also taken to social media to condemn recent events or promote fundraisers dedicated to assisting victims of the hate crimes.
Sophomores Jocelyn Wang and Olivia James both attended such protests in Diamond Bar. The students said they enjoyed the atmosphere of unity and felt encouraged by how various minority communities came together to support one another.
“I’ve attended two protests thus far,” James said via Instagram. “The energy is so amazing [and] everyone is there in solidarity with a purpose and a voice.”
Freshman Justin Kung said that he appreciates how many people are standing up for those of Asian and Pacific Islander descent.
“I feel that most of the public have been relatively supportive of the fight against AAPI hate,” he said via Instagram. “The authorities are [also] doing a good job at handling the increase in anti-Asian hate crimes, although more can be done in preventing these attacks.”
Media attention regarding the movement and authority response to the hate crimes increased massively following a shooting in Atlanta where eight people were fatally wounded, six of whom were Asian women.
“The way the authorities have handled these hate crimes is sadly nothing new,” James said. “It’s disappointing how many double standards our police force hold and how many times they look away when minorities are being attacked.”
The ways news outlets have covered the hate crimes has been the subject of controversy as well. Some publications do not explicitly refer to these incidents as hate crimes or acknowledge these attacks are racially motivated.
“I feel like it’s silencing us Asians when the attacks aren’t called hate crimes,” Wang said via Instagram. “It’s like saying our people dying doesn’t matter.”
Other disputes have also been sparked by comparisons between the anti-Asian hate movement and the Black Lives Matter movement, usually about the amount of support each movement has received.
“The two movements aren’t comparable,” Wang said. “Both Black and Asian people are getting oppressed but saying one group matters more while people on both sides are being oppressed is not the step we have to take to tackle racism within these communities.”
New plans are being introduced to help combat the recent violence against the AAPI community. On March 30, the White House released a fact sheet detailing President Joe Biden’s goals to help aid the AAPI community, including the establishment of a COVID-19 Equity Task Force. This intiative is dedicated to reducing xenophobia against Asian Americans and providing grants for AAPI survivors of domestic violence and sexual assault.