The necessity of a bi-Superman 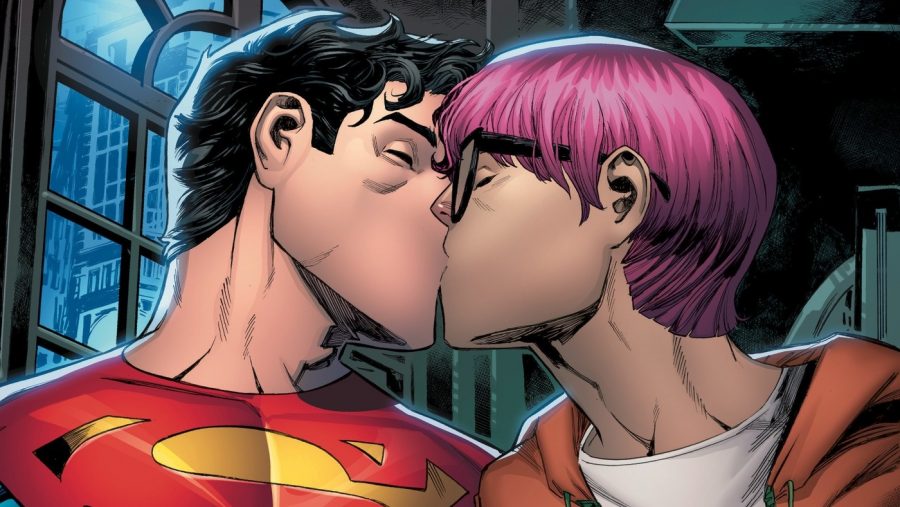 For decades, comic book heroes have represented the morals that society values most at the time of their debut. As the acceptance of minorities becomes more common, DC comics’ introduction of a bisexual Superman is a fitting reflection of the increase in LGBTQ+ support.

While DC has been known to include queer LGBTQ+ characters in their comics before,  such as Harley Quinn’s relationship with Poison Ivy or Robin with his friend, Bernard Dowd, adding a hero to the mix sends a new, more profound message.

To many, a comic book superhero is the ideal person—one that should be looked up to. Thus, having a queer protagonist effectively destigmatizes the stereotypes surrounding the LGBTQ+ community and promotes acceptance to its audience. Not to mention, this new Superman, the son of Superman, could allow people to gain a better understanding of the experiences of queer people. This creates a difference between him and the old Superman, who as a representation of older times, pleases older fans.

This reflection of the LGBTQ+ community has an additional positive effect, DC comics’ establishment of a bisexual superman also assists in counteracting bi-erasure. Although this is a problem that affects all genders, bisexual males in particular are subject to the false assumption that their bisexual idenitifcation is a cover up for being gay– a blatant disrespect of their sexuality. Giving the attention to a male character exploring his bisexuality can bring better understanding and allows bisexual people to feel more validated and recognized.

Although the establishment of an LGBTQ+ hero does seem new, this isn’t the first time for DC comics. To celebrate Gay Pride in June 2021, the company came out with the DC Pride Anthology— a collection of short stories featuring previously established queer DC characters, such as DC’s first transgender superhero “the Dreamer.”

This was a great way to give attention to these characters, but the fact that it was more of a one-shot, rather than an intricate series, came as a disappointment, as it just felt like performative merchandise for Pride Month.

While the addition of a bisexual Superman is an improvement over just a one-shot, an even better example of represenation would be the introduction of an original queer hero. Hopefully soon, DC will take this next big step and give us full-fledged original DC comics with LGBTQ+ representation, but, for now, the notion of reinventing a classic hero is appreciated.