Taking a pitch for a better opportunity 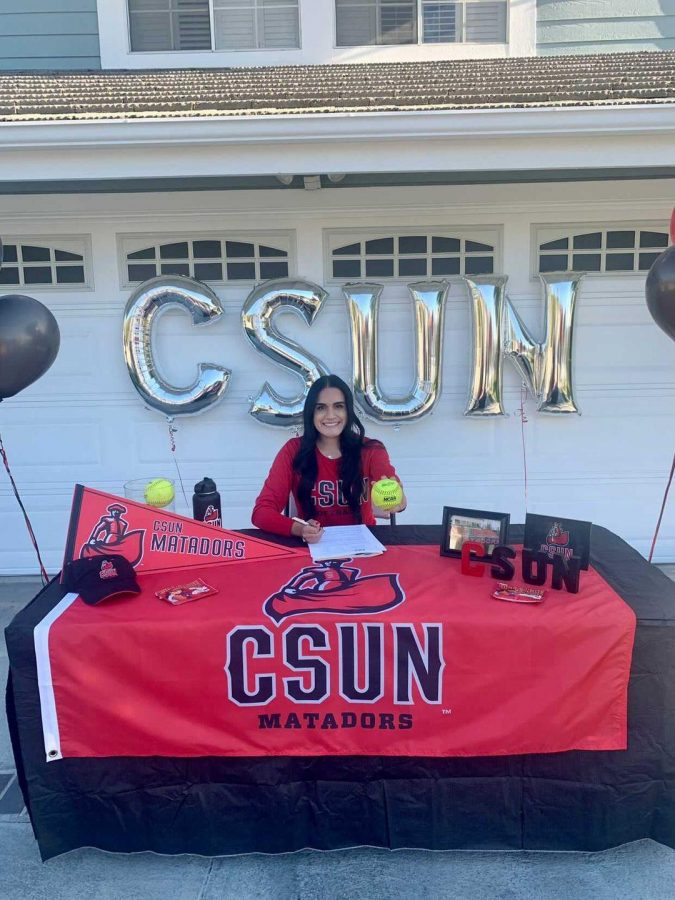 An opportunity to play at the Division I NCAA athletics level was enough to make Diamond Bar High School senior and softball player Lexie Martinez change her college plans as she will be taking the mound for Cal State Northridge in the fall.

“To be able to compete at the DI level and play in the Big West Conference was a dream come true,” Martinez said. “It also felt right to me to be closer to home and have the ability for my family and friends to watch me compete.”

In October, Martinez had committed to San Francisco State University. However, when she was offered admission to CSUN last month she changed her decision. According to Martinez, it was not only the chance to play at a higher athletic level that appealed to her but also the school’s Criminal Justice program and its beautiful campus. She also said that the CSUN coaches’ focus on academics and style of instruction helped solidify her choice.

Martinez was offered admission at CSUN after her current pitching coach sent a video to CSUN’s coach, who was impressed with the variety of pitches Martinez threw.

“I was in shock when I was offered admission because it never crossed my mind that a coach would offer me admission to play for their school based on videos,” Martinez said. “It didn’t hit me yet until I signed those papers that I was going up with the best of the best.”

Martinez has been playing softball since she was 10 years old, with the encouragement of her parents. She stated that within a year, she knew she wanted to become a pitcher.

“I have a lot of people who look up to me and support me and they inspire me to keep pushing and outwork all my competition,” Martinez said. “I also have a great work ethic and drive that keeps me motivated to want to be better than everyone else.”

With college on the horizon, Martinez already has several ambitions in place to motivate her in her college softball career. She hopes she can help the Matadors win the Big West Conference, earn awards such as pitcher of the week and become her team’s starting pitcher.

“I look forward to the pressure that I will undertake when competing for a starting spot and the 5 a.m. lifts and conditioning that I will do to better myself,” Martinez said. “I also look forward to meeting new people, being able to have an amazing educational experience and seeing my family and friends in the stands cheering me on.”

After graduating from CSUN with a degree in Criminal Justice, Martinez said she plans to follow in the footsteps of her dad, who is a police officer, and pursue a job as a detective.

“I do not plan on playing professionally because I do want to start my career, but I do hope to educate and inspire other girls who choose to play softball,” Martinez said.