Students make sweets for a cause 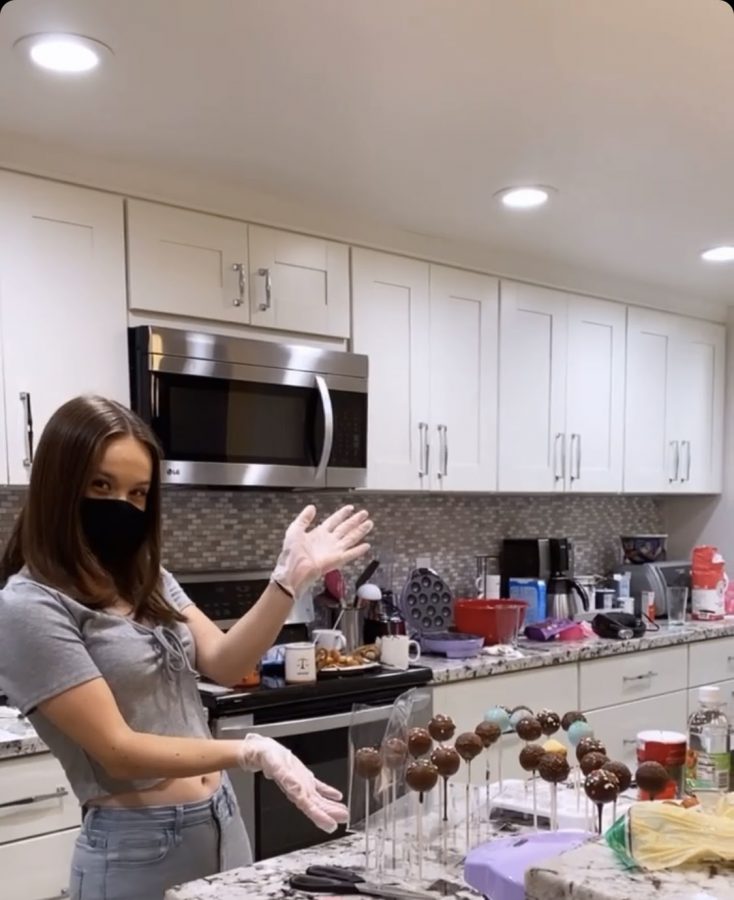 As a way of giving back to the community, Diamond Bar High School juniors Joana Jenzel and Jessica Swisher managed to raise nearly $2000 for charities during  two separate fundraisers that ran through fall.

To raise the money they made chocolate-covered strawberries and cake pops given that the treats were easy to make, package and deliver, while simultaneously promoting their cause by posting on their personal Instagram accounts @joanajenzel and @jessica.swisheroj.

Before beginning to plan their fundraisers, the girls  researched the credibility of the organizations they wanted to donate to, checking their relevance and resonance. The two organizations they chose are the National Suicide Prevention Organization and the Food on Foot Incorporation.

Seeing as National Suicide Prevention Week took place in the month of September, the two decided to raise awareness and help those in need through donations by selling chocolate-covered strawberries. The fundraiser ran all of September and was primarily marketed to high school students, friends and family.

“We wanted to let everyone know that there were people out there who cared about them, even those that chose not to seek help or those who aren’t comfortable talking about it,” Jenzel said via Instagram.

With the success of the first fundraiser raising over $1200, the approaching holiday season inspired the duo to give back to those who couldn’t partake in the festivities. Their concern with the pandemic affecting the lives of the homeless encouraged them to donate to the Foot on Foot charity by selling cake pops. The organization helps homeless and low-income residents in LA county with meals, housing, employment and clothing.

Since the fundraiser’s cause would be to help homeless people, constant probing of the cause’s site, foodonfoot.org was  essential to check for updates on what the organization was doing to deal with the pandemic. The main problem that the two faced was that neither had baked cake pops before.

“The beginning was kind of stressful but as we received more orders we got more used to the process of baking, packaging and delivering,” Jenzel said.

The second fundraiser raised  $600, inspiring the girls to  continue to raise money for different causes. Despite not knowing what to donate to next, the two are leaning toward selling cookies.

“Given the success of both of our fundraisers so far, we plan on holding more in the near future to help various causes,” said Jenzel via Instagram.