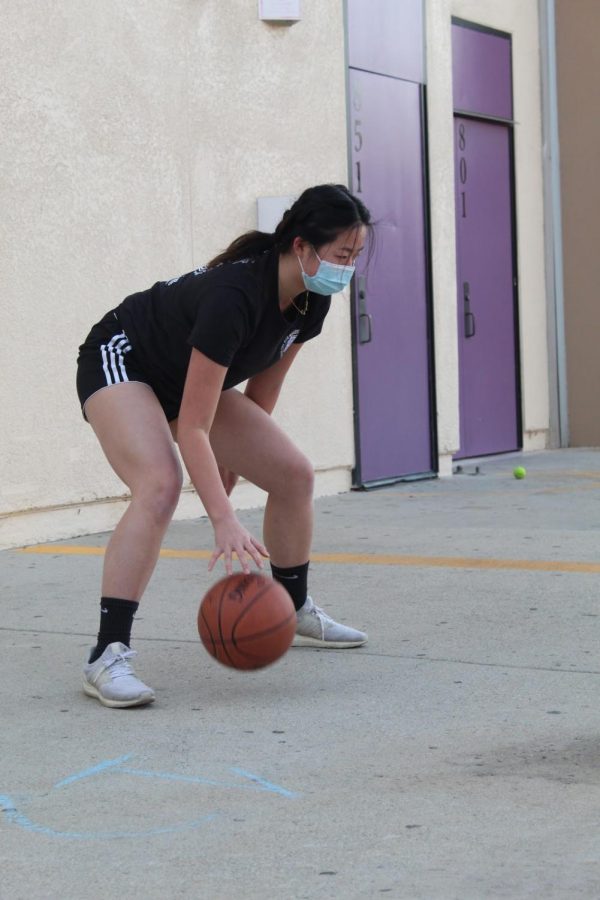 While  virtual training and limited on-campus practice continue,  Diamond Bar High School athletes still have no idea when, or if, their competitive seasons will begin.

Nearing the end of the first semester, CIF officials in charge of the Southern Section were hopeful that fall sports would be able to commence at a later date, taking the place of winter sports, which would in turn be pushed back to the  spring.

Plans remain in place  to extend the fall sports end-of-season dates to late March and mid-April, but CIF playoffs have been cancelled as county COVID numbers have not reached safe enough levels to allow athletes to compete.

“Everyone is pretty exhausted with staying at home,” said Ava Drew, senior co-captain of the girl’s tennis team. “I miss going on long bus rides with the team listening to music and awaiting the next game.”

Similarly, sophomore Amanda Dai, who is on the water polo team, said that she hopes to return to normal practices as soon as the pandemic is over, but would rather the season be cancelled.

“I think they should just cancel it [the season] because there are too many sports that have unstarted seasons and not enough time and space for all the teams to start competing at once.,” Dai said. “However, I sympathize with my teammates who have kept their morale high and have put in so much effort to stay in shape for games.”

On the other hand, sophomore Katlynn Dominguez, who is on the softball team, said she still hopes that the season will remain uncancelled despite COVID restrictions.

Sophomore Nathan Chu, who is on the boys tennis team, also said that he hopes the season will continue, although safety and health precautions should take priority. However, he noted that he is not very clear on the official state of the season.

“There haven’t been a lot of notices besides that things are in constant fluctuation. I think the person in charge of athletics for CIF should just make a clear statement regarding whether or not the season will continue,” Chu said.

The reasoning behind their push for an extension of the season for some upperclassmen comes from the fact that they are in their last years of high school. Junior swim team member Akash George explained that he alongside other athletes do not want to see all the effort they have put into their sports go down the drain.

“I miss the constant drive to improve. It’s harder to stay motivated without an end goal,” George said. “Some of us have been swimming for more than seven years and would hate to see one of our last seasons lost.”

Senior Chelsea Wu expressed her disappointment at the prospect of being unable to participate in one last season of basketball.

“I loved getting to take a break from school and the pressures that come with it and play ball; practices have been such a large part of my daily life since I was a freshman that my days feel incomplete without them,” Wu said. “Even if I do not get to play basketball this last year of high school, I hope my optimism and accountability will encourage returning players to work hard at all times, even when it doesn’t feel like it will count.”

The low morale of some athletes due to the delay of the season has even resulted in the downsizing of some sports teams. Head coach of cross country and track and field Malinalli Cooke said that some students chose not to continue their sports for a second semester due to the lack of in-person connection with other players.