Stream It or Skip It: “To All the Boys: Always and Forever” 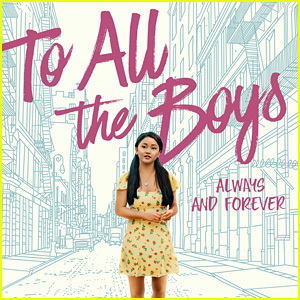 The final instalment in the beloved teen romcom trilogy, “To All The Boys: Always and Forever” gives fans an adorable last look at Lara Jean and Peter Kavinsky’s relationship. However, the unexpected lack of chemistry between the lead actors and the poor execution overall did not live up to my expectations based on the previous films.

Based on the bestseller series by Jenny Han of the same name, “To All The Boys I’ve Loved Before” follows Lara Jean Covey (Lana Condor), a hopelessly romantic teenager who writes a love letter to every boy she ever had a crush on. When her private letters are unintentionally sent out, Lara Jean pretends to date Peter Kravinsky (Noah Centineo) in order to hide her real crush and make Peter’s ex-girlfriend, who hates Lara Jean, jealous. In a turn of events, the two fake-lovers fall for each other and decide to begin a real relationship.

The second movie, “To All The Boys: P.S. I Still Love You” introduces one of Lara Jean’s old crushes, John Ambrose (Jordan Fisher). He and Lara Jean unexpectedly reconnect, sparking up old flames and putting her relationship with Peter to the test. In the end, Lara Jean decides to stay with Peter, despite the connection she shares with John Ambrose.

“To All The Boys: Always and Forever” begins as the Covey family is visiting South Korea, the home country of their late mother. Upon their return, Lara Jean is swept into the overwhelming world of college decisions. As a result, she is forced to confront her college plans and future, with or without Peter.

Contrary to previous films, the main focus of the final movie is not Lara Jean’s love life. This allows viewers to see more of her character as the story focuses more on her self-discovery, compared to previous films. Because Peter is not present for much of the film, he and Lara Jean lack their usual chemistry and comedic timing. However, despite his lack of screen time, we get to see new emotional depth to the usually one-dimensional Peter as the movie dives into the negative relationship he has with his father.

Jumping from Lara Jean to Peter’s worries without much middle ground creates a choppy flow to the movie. This is not helped by the poor choice of soundtrack, which often distracts from each scene. The only exception is a scene towards the end where they share a sweet moment as “Beginning, Middle, End” by Leah Noble plays. This specific scene was actually enhanced by the soundtrack and left me satisfied with their relationship.

As someone of Korean descent, I enjoyed seeing representation through Lara Jean and her sisters in the books. However, I was displeased with the casting of the film since none of the actresses for the Covey sisters are of Korean descent.

Though the plot and characters of “To All the Boys: Always and Forever” failed to do justice to the source material due to poor chemistry and a choppy storyline, I was pleased to have a satisfying closure on Lara Jean and Peter Kavinsky’s relationship.