Stream it or skip it: Coming 2 America 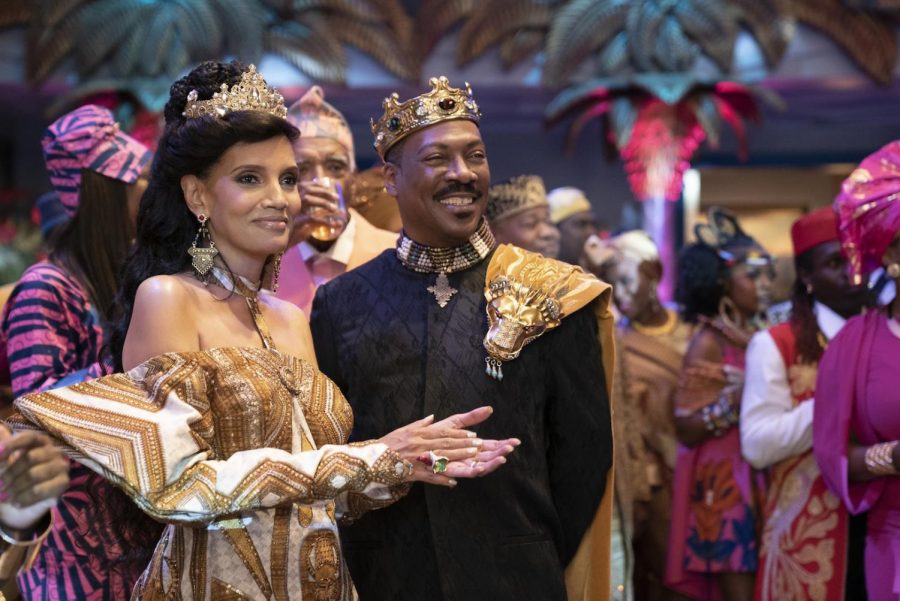 In a media-industrial complex oversaturated with faux-woke messaging that reeks of pandering and corporate insincerity, I was hesitant when I first saw the trailer for “Coming 2 America,” the sequel to the 1988 classic comedy “Coming to America.” The original, with more than its fair share of politically incorrect jokes, is a funny movie because it doesn’t take itself too seriously, something that cannot be said of its sequel, a carbon copy of its predecessor transposed over an all-too-phony “empowering women” message.
The movie picks up with the new life of Prince Akeem Joffer (Eddie Murphy), living in the Zamunda palace with his wife Lisa (Shari Headley) and their three children. Within minutes, I knew exactly what to expect as I watched an older Prince Akeem get schooled by his daughters during training. The eldest, Meeka (Kiki Layne), was instantly recognizable as the quintessential “strong woman with ambitions.” Despite some bright moments, the disappointing character archetype that lingers throughout, paired with the film’s overburdened focus on a frustrating plot, detracted from the overall experience.
The central conflict is the impending battle with Zamunda’s neighboring nation Nexdoria, whose ruler General Izzi (Wesley Snipes) threatens war if Akeem is unable to tie the nations through a political marriage with one of his children. For what it’s worth, every single Nexdorian visit is a treat; I found myself looking forward to the general’s highly choreographed, swagger-laden threats.
Meeka is much too prideful to marry Izzi’s deadbeat son Idi Izzi (Rotimi), so Akeem travels to America to find his bastard son Lavelle Junson (Jermaine Fowler) and make him marry Izzi’s daughter instead. This creates tension as Meeka is offended that her place is being taken by an outsider. Meeka had been training to rule–despite her objection to a political marriage, which would be the only way she could become queen to begin with–her whole life. This creates a premise that basically forces you to assume no one in the royal family had made any plans for succession in the 30 years between the two movies. This point does sink into the background for the majority of the movie, but it’s hard in the beginning to ignore the complete lack of foresight.
The American son meant to take the throne was a bland character, but his mother, Mary (Leslie Jones), was the real problem. She makes a constant mockery of herself as she prances around the Zamundan palace, inserting herself into the Joffer family in a way that only comes off as painfully awkward. It was simply not funny to watch her snub the ever-patient Lisa and act like a fool on and off for a full hour.
Regardless, the movie has some enjoyable aspects. Aside from the casting, with stars both new and old like Arsenio Hall, Salt-N-Pepa, Morgan Freeman, Colin Jost, En Vogue, Gladys Knight and more, the costumes were just too immaculate to miss. There is one scene, when the royal family sat together in the throne room, in which each outfit was simply perfect, what with Queen Lisa’s peacock-reminiscent dress and Meeka’s radiant headpiece. Ruth Carter, the film’s costume designer and Oscar winner for “Black Panther,” truly outdid herself for this film–every outfit is a vibrant masterpiece, and I found myself paying more attention to the wardrobing than any other aspect of this film.
The main appeal of “Coming 2 America” seems to be the abundant references to the original movie, which were quite funny if only because of their absurdity and uniqueness. It makes enough callbacks to ride to success for anyone that fondly remembers the 1988 film, but for anyone under the age of 40, the film takes itself too seriously and for that reason, ends up falling flat.