Stout scouted by Division I university for shooting skills 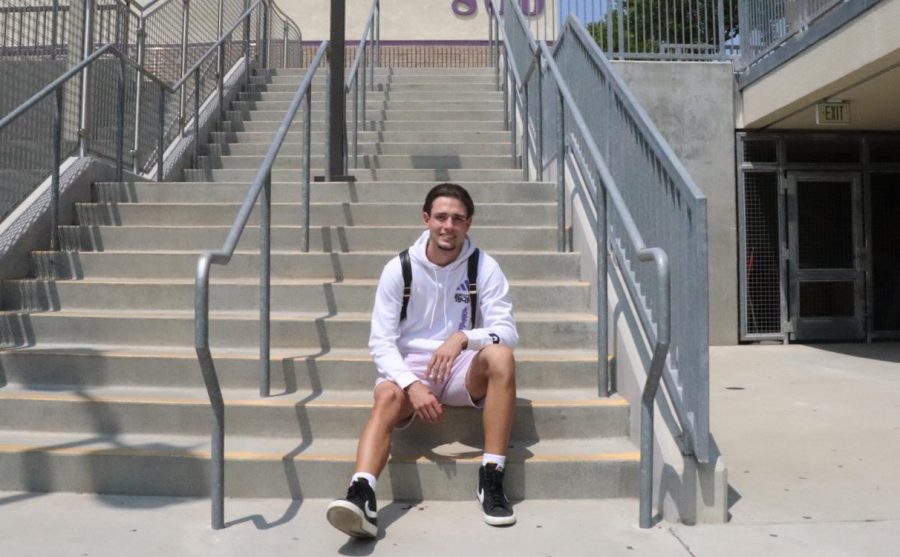 Senior Dylan Stout started basketball in elementary school, participating in competitions and earning awards since then.

Over the past four years, the now DBHS senior has racked up numerous basketball awards, including being named as one of the top 15 underclassmen in the Western Region during his sophomore season.

In addition, for the 2020-2021 high school season, Stout was named the offensive MVP and First Team All-region, even being selected for a camp of the 500 most qualified players on the West Coast. Not to mention, Stout was named Second Team All-League for the Mt. Baldy League in 2020.

This consistency, along with all of Stout’s awards, is what gained the attention of numerous college scouts across the country.

While he has yet to commit to an institution, he has received an athletic recruitment offer from University of Saint Katherine, which is an NCAA Division II school.

“I am still looking into colleges, focusing on Division I offers,” Stout said. “My goal is to ultimately get into the NBA draft.”

He attributes much of his success to his long-standing commitment to the sport, saying that his middle school travel teams really guided him in the right direction. However, it was the DBHS basketball program that gave him the push that brought him to where he is today.

“Diamond Bar basketball has impacted me in a positive way, as I have good coaches, good teammates, and good facilities,” Stout said.

For the varsity team, Stout practices Monday through Thursday, along with an extra conditioning session on Saturday.

Individually, he also trains for two hours every day, focusing mostly on drill and technique work. Due to the fact that it’s still preseason, Stout is currently not involved with an AAU team, but he has been continuously attending camps geared towards college recruitment.

“I’ve been doing these camps for college, and we basically get ranked based on how we play,” Stout said. “I got ranked 30 in one of them, out of the 500 players in the region.”

Aside from all the college offers and recognition, what really draws him towards basketball is his deep connection to the game.

“I like the sport a lot, and it helped me get through tough times,” Stout said. “I had it rough growing up but basketball always gave me something to look forward to.”

Stout recommends that any aspiring basketball athlete at DBHS follow the typical advice:  stay persistent in working towards your goals. The one thing he added was that athletes should put on metaphorical blinders and focus on chipping away at a new skill every practice.

“The keys to success in basketball are working hard, never giving up, and staying consistent,” Stout said. “Don’t stop playing, even when it is hard, and just remember to have fun.”