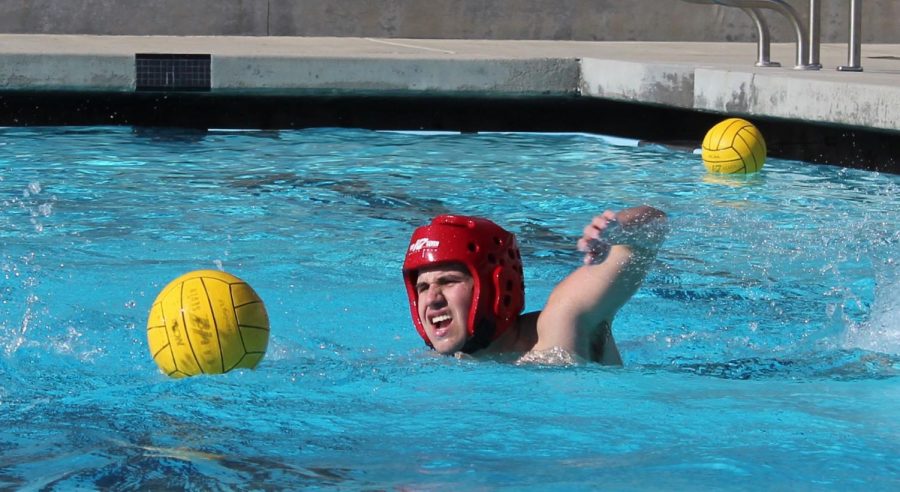 As changes toward in-person learning are being formulated, sports has also been given more flexibility in what teams are allowed to do.

The athletics department, starting March 1, has allowed entire teams to practice together  as opposed to the limited pods that they previously practiced with. Teams are now allowed to use equipment, such as balls, on campus.

Students and parents were given an up-to-date safety waiver detailing many of the concerns and issues that may come with the newest updates in athletics. They were also asked to sign the waiver showing that they understand all the points.

In addition to all these changes, actual contests, including football, golf and water polo, have been scheduled and played.

Boys tennis coach Troy Wong expressed concerns with some issues that may come up during the year that aren’t related to COVID-19.

“In normal years, boys tennis and girls tennis are different seasons so we don’t share the courts,” Wong said. “This year, we will probably have to share, so I’ll need to be creative with drills and scrimmages.”

This was handled similarly in baseball. Head baseball coach Jon Hurst said that masks are required while in the dugout. However, players who are active on the field do not need to wear one.

In addition to these guidelines, equipment used in practice must be sanitized after every single practice or game.

“I expect this season to move forward very slowly and to be very confusing,” Youschak said. “Many teams dropped out this season, meaning we’ll have to play less teams.”

Youschak also expressed concern around the possibility of someone catching COVID at practice, saying that it would be a difficult obstacle to overcome if it does happen. It is still unclear what will happen if that occurs.

She also said that there have been significantly less people who attend practice due to  parents not being able to drive students to practice at 3 p.m.