Skip It or Stream It: Nevertheless 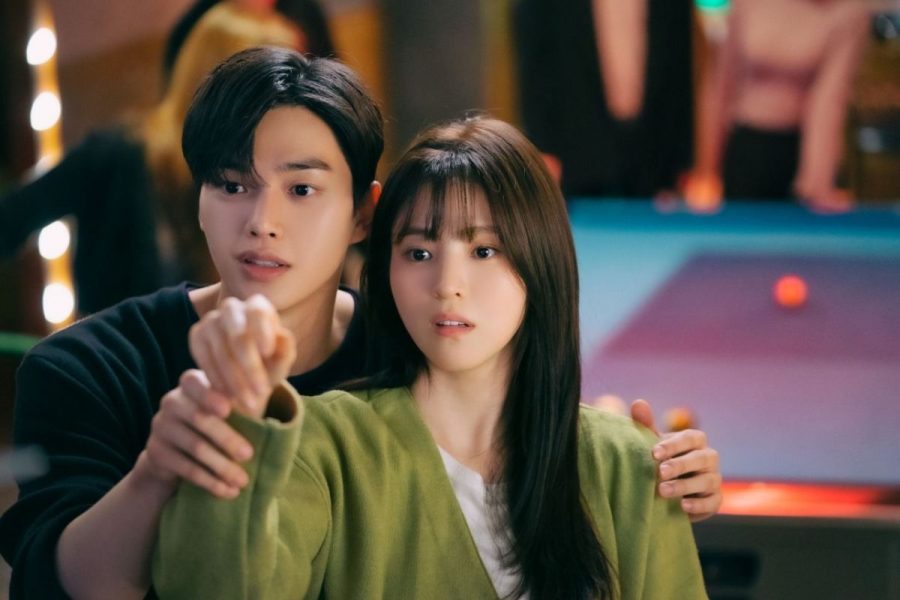 Adapted from a popular Korean webtoon, the Netflix original drama, “Nevertheless,” effortlessly pulled me into the life of two fine arts students and the red strings tying their hearts together.

The story follows Yoo Na-Bi (Han So Hee), a quiet art student majoring in sculpting who rejects love after a bad breakup but tragically falls for Park Jae-eon (Song Kang)— a campus-renowned playboy whose fateful encounter with Na-Bi changes his dating lifestyle. We follow a third-person perspective while Na-Bi learns about Jae-eon’s past and his hidden feelings towards Na-Bi across the ten episodes. Aiding the plot are the heart-stirring romances and dramatics of Na-Bi’s classmates as they discover what inspires them in life while creating their final art project.

While almost all the characters in “Nevertheless” are dynamic and realistic, the most shocking fault is a lack of character development in Na-Bi, making her come off a bit static as the viewer learns little to nothing about her character or way of life. Painted as much more cliché than other K-drama female leads, her talent for sculpting is only ever shown to talk about Jae-eon, instead of being used to portray Na-Bi as a realistic fine arts major and not a lovesick girl.

On the contrary, the flirtatious Jae-eon Park was well performed as Kang did not make the character’s personality overly eccentric. Instead of coming off as exaggerated, the actor’s portrayal is more complex as Kang doesn’t make Jae-eon’s playful nature the character’s entire personality.

Unlike other K-dramas, the show also does well in bringing to life its webtoon origins which was originally published in 2018 on Naver Webtoon— a Korean search engine.

In its live-action form, “Nevertheless” accentuates each scene with an amazing soundtrack, highlighting the quaint life that Na-Bi lives. The emotional, instrumental music adds a dramatic effect to each scene that isn’t overly cheesy by using a mixture of English and Korean lyrics. It’s this unconventional use of bi-lingual lyrics that added more passion in scenes, like Na-Bi’s rainy confrontation with Jae-eon, and made it more romantic than a heartthrob movie.

Notably, the show also distinguishes itself from well-known K-dramas like “Descendents of the Sun” or” What’s Wrong with Secretary Kim?” through its unique cinematography. The constant shifting perspective of the camera captivates the viewer’s attention without distracting them from the storyline, using color and objects to mimic the transition style of the original webcomic.

Along with the show’s wonderful cinematography, the side stories add another element of entertainment. One of the interesting side stories is that of Na-Bi’s classmates, Yoon Sol (Lee Ho-Jung) and Seo Ji-wan (Yoon Seo-A) and their challenges with being in a gay relationship. It was very surprising for me to see a queer relationship in a K-drama, but it was refreshing to know that the director didn’t shy away from the potentially controverisal storyline.

Despite it’s more simplistic approach to a love story, “Nevertheless” is still a great beginner K-drama for those who are new to romance and want to get into the world of K-dramas. The set design and cast, including the supporting cast, are distinguishable and do not follow any basic archetypes.

Although this K-drama may not be a perfect match for everyone, the storyline is still heartwarming and charming. If you’re new to K-dramas and have a lot of time to spare over the weekends, definitely consider putting this one on your Netflix watchlist.