Singing alongside a star 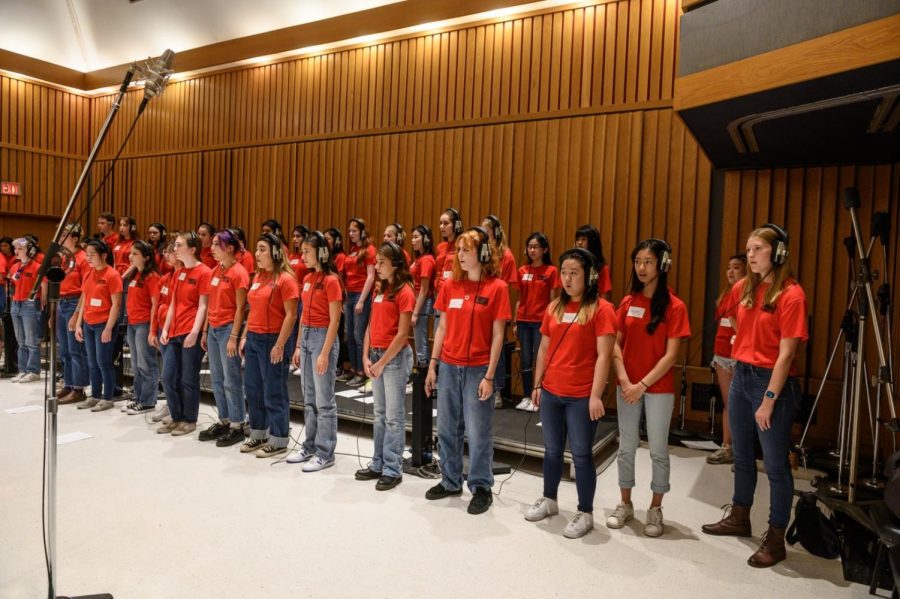 Among the hundreds of individuals involved in music at Diamond Bar High School, junior Rachel Yang became one of the few to experience a taste of this industry on a global scale.

Having been a member of the Los Angeles Children’s Chorus for eight years, Yang received the opportunity to sing alongside seven-time Grammy recipient Billie Eilish this past summer. Eilish—an alumna of the LACC—invited the choir to sing the choral vocals for her song “Goldwing” as part of her documentary, “Happier Than Ever: A Love Letter to Los Angeles.”

The film, which came out September 3, features a sequential, full performance of every song on Eilish’s newest album, “Happier Than Ever,” with appearances from the LACC itself, Eilish’s brother Finneas— an artist and a musical collaborator of Billie Eilish—the LA Philharmonic and more.

To prepare for such a large-scale project, the chorus temporarily deviated from its customary practice schedule beginning in July as the collaboration commenced.

“Whenever we have a special performance coming up, we have practice almost every single day,” Yang said. “For the first month, we didn’t know it was with [Eilish], so we had practice about three or four times a week.”

After months of rigorous practice, Yang sang for one of her favorite artists and even got the chance to meet Eilish in-person. In fact, after witnessing her reaction to meeting the artist, Eilish’s film crew visited Yang’s home to interview her on the experience.

“For just one day, during an eight-hour filming session, Billie was there with us to film for the actual Disney Plus movie,” she said. “I’d been asking my director since eighth grade when I was going to be able to meet her since I knew she was an alumna, and I was so excited and started crying [when I met her].”

Yang and the choir recorded their vocals at Capitol Records—one of the biggest recording studios in Hollywood.

“Everyone in charge set up and organized everything for us,” Yang said.  “I’m grateful for them and for my parents, whom I will forever thank for driving me to rehearsal twice a week and always waiting for me during my rehearsals.”

In this year alone, the LACC has been nominated for three Grammys: Best Music Film for “Happier than Ever: A Love Letter to Los Angeles,” Best Choral Performance and Best Engineered album for their rendition of Mahler’s Symphony No. 8.

“I’m just really excited for our choir director and really proud of everything we were able to do,” Yang said.