Shang-Chi and the Legend of the Ten Rings 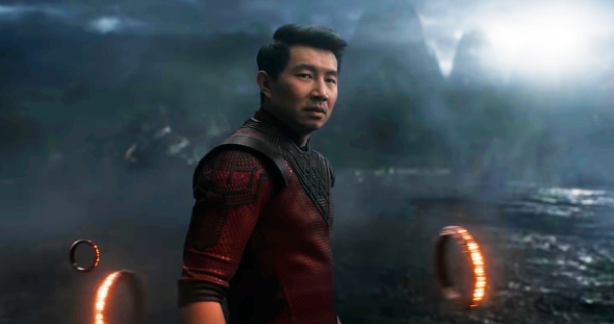 The supernatural martial-arts movie, which occurs within the Marvel Cinematic Universe, is clad with thrilling fight scenes and heartwarming depictions of platonic relationships.

The story follows Shang (Simu Liu)—a valet parker haunted by his past after his escape from the Ten Rings organization. After a turn of events, Shang is forced to seek out his mother’s homeland, pulling him back into a world filled with mystical creatures and kung fu warriors, each helping him unravel hidden truths along the way. In painting this elaborate backstory, the film uses a series of flashbacks to slowly reveal the deterioration of his family’s bond.

Offering contrast to this darker tone is Shang’s best friend, Katy (Awkwafina). While her character primarily serves as comic relief, she becomes more involved in Shang’s journey, even joining him in his later battles. Overall, the characters in “Shang-Chi” are complex, funny and easy to empathize with.

The main antagonist of this film is Shang’s father, Wenwu (Tony Leung). Wenwu is more complex than many of the other Marvel villains as much of his action is caused by the love for his children and the hopelessness he felt after the death of Shang’s mother.

In terms of the actual cinematography, the fight scenes in “Shang-Chi” were exceptional, surpassing the high standards of Marvel. For example, Ta Lo, the magical realm of Shang’s mother, immerses its audience through realistic CGI and breathtaking scenery that seem quite literally “out of this world.”

One of the most notable wins for the film, however, is representation. Under the guidance of Asian-American director Destin Daniel Cretton, the film not only stars a predominantly East Asian cast, but also successfully incorporates Asian culture in its plot.

Without being cliche, the film pays notable tribute to Chinese culture and folklore. From subtleties like Katy and Shang breakfasting on Jook (porridge) together to referencing name changes, “Shang Chi” includes relatable details for its Asian-American fans. But, perhaps the movie’s largest nod to Chinese folklore is its inclusion of dragons.

Traditionally, dragons are the most respected animals in Chinese mythology and, in “Shang-Chi,” they are a recurring element. Not only does a dragon statue illuminate the path to Ta Lo, but they even play a large role in shaping the weaponry and armor used in the final fight scene.

Moreover, the film avoids harmful stereotypes traditionally imposed on East Asians. Hollywood is known for its generalization of East Asian cultures, often mixing them together and disrespecting these distinctly different countries.

Even worse though is the industry’s stereotypical portrayal of Asian characters , as Asian men are portrayed as weaker and feminine and Asian women being portrayed as ‘exotic’ under the ‘dragon-lady’ stereotype. Shang-Chi completely avoids these generalizations by having Katy as a humorous sidekick and Shang an ambitious protagonist.

Along with being a cinematic success, “Shang-Chi and the Legend of the Ten Rings,” paves the way for further inclusivity in media.