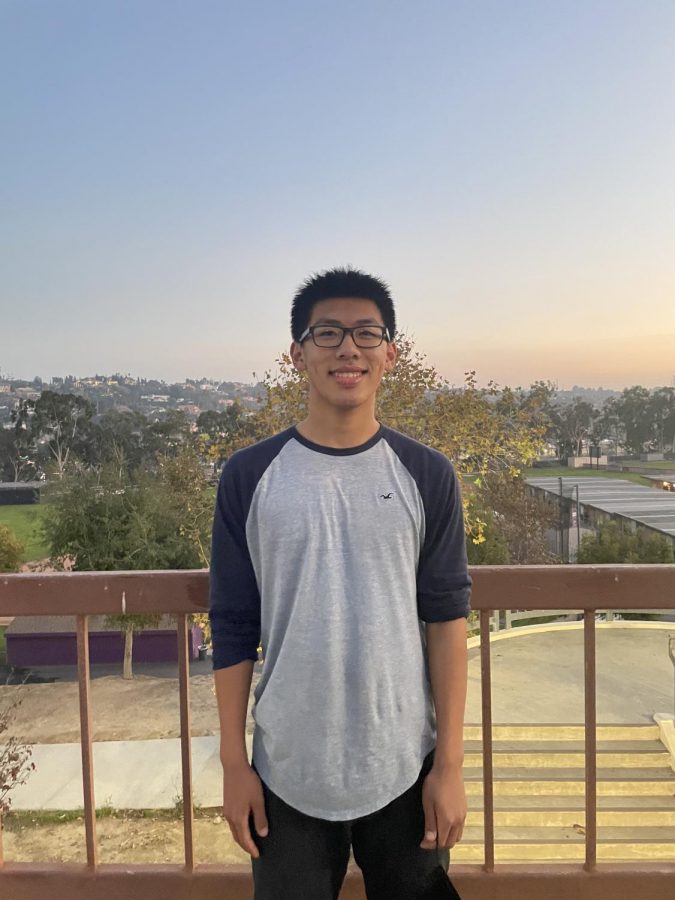 After completing beginning and intermediate theater courses at DBHS, Song was compelled to continue his studies in the classroom to supplement his involvement in the yearly productions. Due to his exposure in theater, he was added to the Advanced Theater period, though enrolled in the IB course to accommodate his involvement in the program.

“This class is recommended to students who have prior theatre experience, and an interest in all aspects of theater,” theater teacher Jared Kaitz said via email. “The HL Class allows for students to further explore theater in context, understand the theater process, understand theory and practice and present theater.”

The HL Theater class runs at a faster pace compared to its SL counterpart, with coursework being slightly more challenging.

“I’m kind of just doing the same things [the Advanced Theater students] are, but there is a little bit of extra stuff,” Song said. “In the winter show, we have the students doing everything; the students do the directing, costumes, makeup and are the actors too,”

For Song, theater is an escape from the high expectations as well as the required—often challenging—courses that come with being an IB student.

“Especially at Diamond Bar, going to IB theater just lets you relax a little bit and think differently, instead of just math and science,” he said.

However, Song noted that HL IB theater is not just an easy elective course; there are still numerous responsibilities that come with producing the large productions the group is known for.

“We work on a bunch of projects at the same time, so it’s really hard to balance it all out,” Song said. “But, it’s really fun and rewarding in the end.”

Due to the additional time and commitment required to be a part of these productions, Song said that he would recommend this course to students who have a strong passion for theater.

“I know some kids will do stuff that they are not actually interested in,” he said. “[But] if you are really into theater and going into IB, I would definitely recommend it.”

Prior to attending DBHS, Song was involved in various productions at his middle school, Ybarra Academy of Arts and Technology. Following his performances in middle school musicals, Song wanted to continue doing it in high school and, so far, has performed as Cedric/Mr. Voldy in “PUFFS,” Ricky/Groom/Ronald Reagan Impersonator in “Wedding Singer,” Monsieur Reyer/Ensemble in “Phantom of the Opera” and The Rat King in “The Nutcracker.”

“[In theater], I like the people and how it lets us let our creativity out,” Song said. “Also, the instructors, such as the people who help us with our singing, dancing and acting, are all very encouraging,”

While Song hopes to become a veterinarian in the future, he also plans on auditioning for small roles in his future college’s drama productions.

“My freshman year, being out of district, I didn’t have a lot of friends, but one thing I always really liked to do was acting,” he said. “It really made me happy that I found a group of people that really cared about each other,”