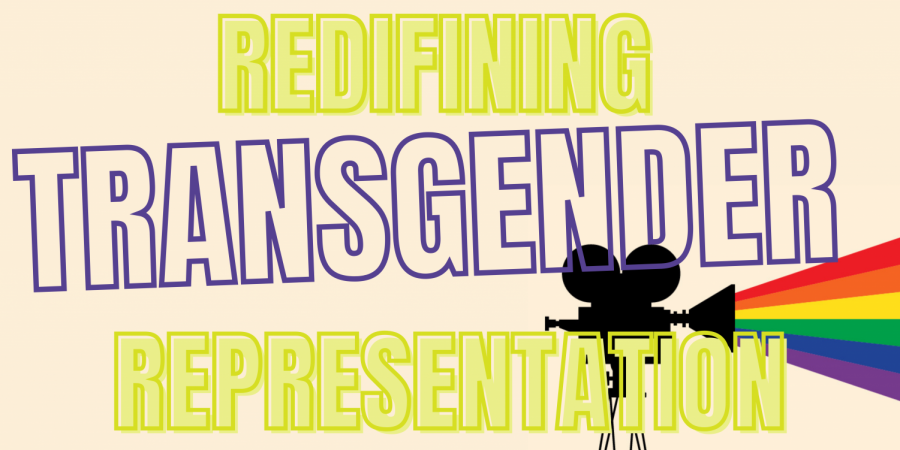 While Hollywood is notorious for its poor representation of the LGBTQ+ community, the group that has received the most harmful backlash from their portrayal in films is the trangender community.

Serving as the catalyst for future perversions of transgender people is the first film to feature a member of this community: “A Woman”, directed by Charlie Chaplin in 1915, which shows Chaplin transforming himself into a woman to trick two men into kissing each other. Aside from using transness for comedic means, Chaplin twisted transgender identity into something that is optional and used as a method of deceit.

Such stereotypes only fuel the transphobia rooted in our culture today. For instance, conservative politicians often argue that transgender people shouldn’t be allowed in the bathrooms that align with their gender expressions and, instead, should use the ones that are of their assigned sex at birth, discrediting the orientation of transgender people altogether.

Aside from this invalidation of transgender identity, Hollywood has a long history of enforcing villainous archetypes onto its transgender characters. This can be seen in well-known films, namely “Silence of The Lambs” (1991). While the antagonist of this story, Jame “Buffalo Bill” Gumb, is not canonically transgender, the fact that cross-dressing is associated with murder does enough harm in itself. The filmmakers’ failure to create pragmatic characters that reflect reality—opting instead to use malicious tropes—is one of the reasons why it’s difficult to stop the harmful preconceptions about trans people.

The one upside of recent years is that the portrayal of transgender characters has become, not only more common but more accurate as well. Shows like “Euphoria” (2019) have a diverse cast of queer characters, including Jules Vaughn (Hunter Schafer) who is a transgender woman that struggles with depression, self-harm and drug abuse. While this may be a harsh reality, it’s what makes Jules a more empathetic character in eyes of both cisgender and trans people.

In addition, Brian Micheal Smith’s character in the TV show “Queen Sugar” (2016), Toine Wilkins, is a transgender police officer who helps the protagonists reunite with their estranged father. Unlike the antagonistic nature of many transgender characters, Wilkins is a warm, helpful character and displays a strong sense of duty and justice in the show.

These films highlight intricate actors and characters as something more than their sexualities, counteracting the harmful stereotypes previously inflicted on the transgender community. While recent depictions of transgender people have improved greatly, there is still much work to be done regarding the social, political and interpersonal consequences that have stemmed from extreme transphobia.