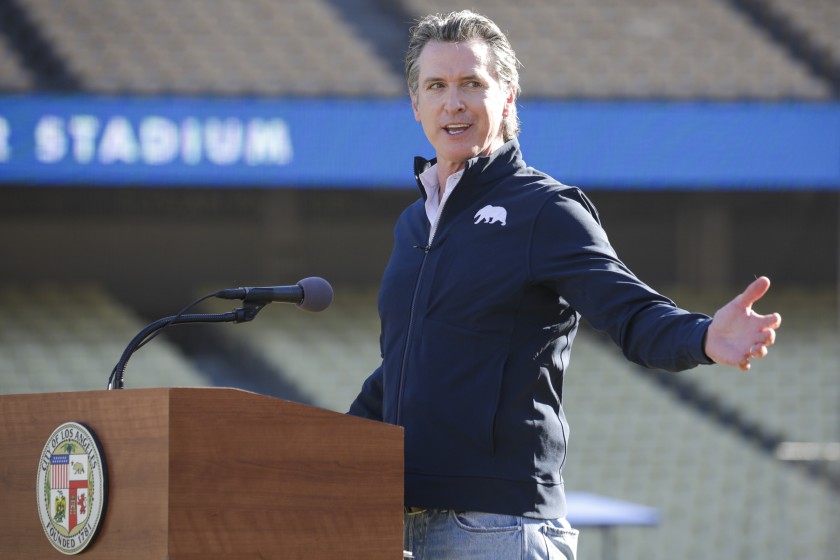 After watching Congress’s second attempt to convict former president Donald Trump, Californians are now facing an issue much closer to home: deciding whether Gavin Newsom should be recalled from his position as California governor. Although some of his decisions may be frustrating, Californians must remember that in times of crisis, difficult choices may not satisfy everyone.

Gov. Newsom’s handling of the coronavirus pandemic is one of the main reasons that 1.4 million Californians decided to sign the recall petition led by the Californian Republicans. However, while Newsom has made several bad decisions, none merit recall from office, especially when a myriad of the problems California is facing are mostly out of his control.

As the governor of the first state to go on lockdown in mid-March, Newsom’s quick thinking saved countless Californian lives. However, his inconsistencies—closing, then abruptly reopening most nonessential businesses—during the December lockdown and lack of communication with the public have disappointed and confused many. Lifting the restrictions when we were so close to the finish line undid the progress that we had made this past year.

One of Newsom’s main points during the pandemic was that he would listen to science to make informed decisions. However, when it comes to school reopenings, the science is disputed, with each reopened school having very different outcomes. Even without scientific guidance, Newsom faces a very difficult dilemma of balancing the social and emotional wellbeing of students with the risks of students and teachers getting and transmitting the coronavirus. Each choice has its downsides so there’s no clear winner either way.

Now, Newsom needs to focus on keeping Californians safe instead of trying to please the  recallers by lifting the lockdown restrictions. As we near the final stretch, Newsom needs to be upfront with Californians about his plans for controlling the spread if he intends to regain public trust.

Although Newsom recently lifted the lockdown restrictions on most businesses, many of the biggest supporters of the recall cite the negative effects that the lockdown has had on small businesses as a reason to sign the petition. However, Newsom has done a decent job balancing the health and economic interests of Californians. He has worked to relieve the economic pressure on small businesses during the pandemic, and in January, set up a grant of $575 million for struggling small businesses and nonprofits.

In addition to distributing grants, Newsom has also worked to get the most out of the limited supply of vaccines that California currently has. He created a vaccination distribution program for the masses with almost no guidance on the national level, getting 12.8 percent of the population over the age of 16 vaccinated. Additionally, he made difficult, ethical decisions regarding who should first receive the vaccine, all while addressing the frustrations of those who were unhappy with his decisions.

If the petition does get the required signatures to begin a recall election and Newsom is replaced by another candidate, whether Republican or Democrat, they would not even be sworn into office until late 2021 to early 2022. This would leave a new governor with only a few months before the regular California election comes around, thus wasting $100 million in taxpayer money on a special election to recall Newsom months before the 2022 election. Furthermore, a recall election takes the governor’s attention away doing his job, which is important to keep Californians safe.

As the petition approaches the number of required signatures, businessman John Cox and former San Diego Mayor Kevin Falconor have been recognized as the two main Republican contenders, both viewing the recall as a rare opportunity for Republicans to gain control of the state with the largest economy and greatest population in America. However, their lack of qualifications, inexperience in public health and inability to cooperate with a majority-Democratic State Senate make them poor candidates to replace Newsom as head of the state’s response to the pandemic.

Overall, Gov. Newsom has done an acceptable job dealing with all the challenges that the pandemic has thrown at him. While he has made a few mistakes navigating the new territory of the pandemic, he is doing what he thinks is best for California, both its people and its economy.