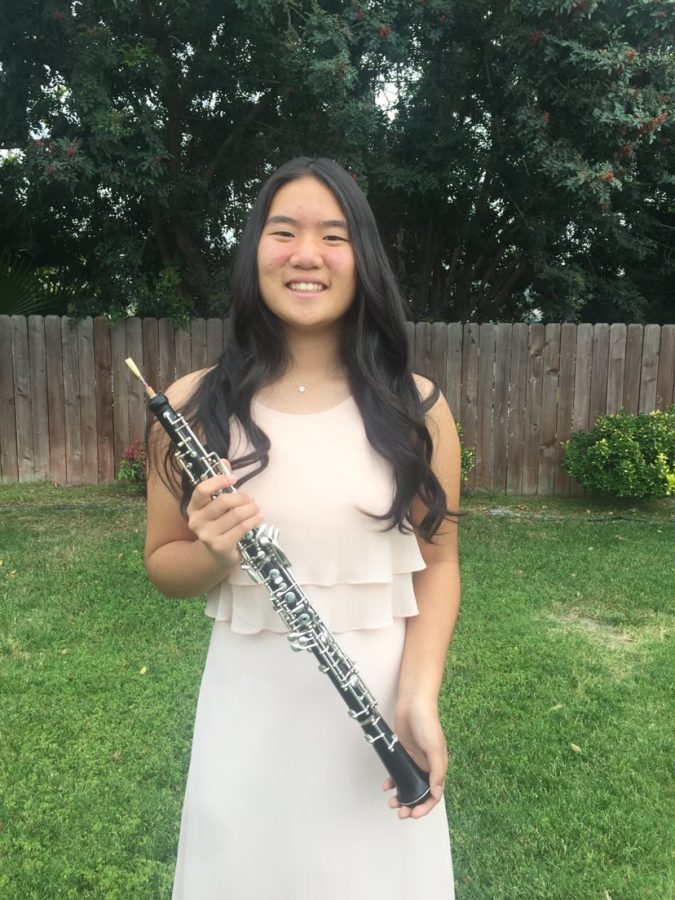 Within any competitive space–sports, the arts, business–there are those who are a league in their own. Though many may possess talent in a given area, it is only the combination of this inherent potential and sheer work and determination that these individuals are capable of reaching greater heights than their peers.
In this particular case, junior oboe player Abigail Hong was the only student from the Diamond Bar High School wind instrument section who was accepted by the prestigious National Youth Orchestra 2 program, an extremely selective summer program that offers participants the opportunity to work alongside some of the most talented young musicians in the U.S. The program, one of three national youth orchestras based in New York City’s Carnegie Hall, only accepts 80 musicians from across the nation each year.
“I initially heard of the program from my oboe teacher and some older students,” said Hong via Instagram “NYO2 has been a goal of mine since freshman year.”
Conducted by Joseph Young, music director of the Berkeley Symphony, and Mei-Ann Chen, Chicago Sinfonietta music director, the program will take place virtually this summer and will have participants collaborate to record a piece of music. It will also provide master classes with professionals in each instrumental group which can help create a better understanding of their instruments.
“NYO2 really allows me to connect with musicians from all across the country and it helps me branch out of the Diamond Bar bubble that I feel I’m in,” Hong said.
Starting right before she entered middle school, Hong said she chose the oboe during the summer at South Pointe Middle School’s band camp.
“It was just the feeling I had when playing it in band camp that really got me hooked on oboe,” said Hong.
Despite the pandemic preventing students from going to school to record audition pieces, the overall process didn’t change too significantly from prior years. Instead of recording at school, students did so at home and submitted the audio files online for review and feedback.
According to Hong, the hardest part of the audition is preparing the material that’s to be evaluated.
“The solo piece, I got to choose, and it was one of the concertos that I had been working on. For this specific audition, I had two excerpts to prepare and around three minutes of a solo piece. The excerpts were given by the program so I didn’t have to pick,” Hong said.
Hong has attended a variety of events and taken part in many honors music groups over the years. During the summer after her 7th and 8th grade year, she attended the Idyllwild Arts Summer Program and the Claremont Young Musicians Orchestra. Additionally, this is her fifth year participating in the California All-State Music Education Conference and All-Southern programs. Last year, Hong was also part of the Interlochen Arts Camp Online and the Colburn Youth Orchestra, based out of the prestigious Colburn School in Los Angeles.
“I’m very proud because it’s been a goal of mine for a while now and I’m really eager to get to play with great musicians,” Hong said.