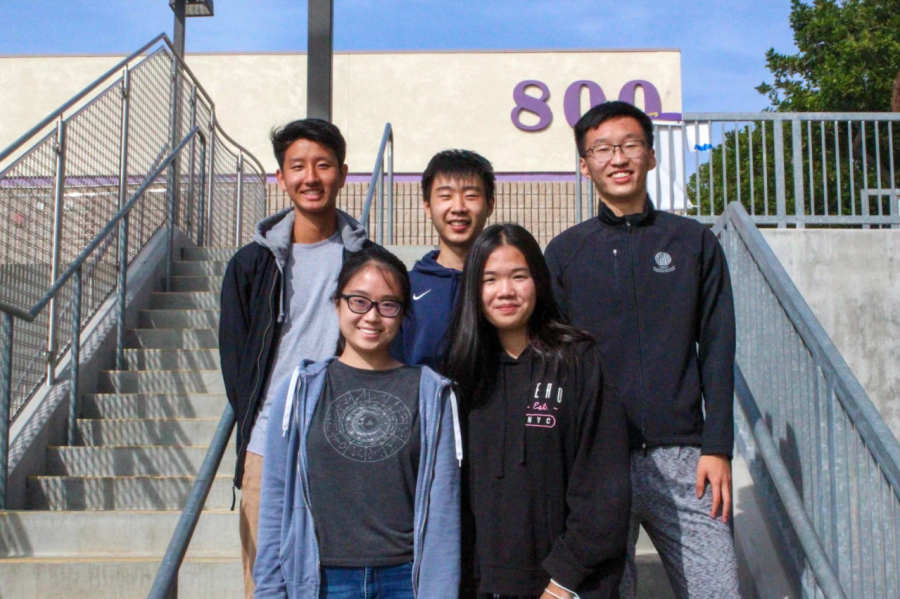 Math Madness is an annual team-based tournament that offers members of all levels the opportunity to compete every fall and spring. It follows a single elimination bracket style until one school is deemed the champion. Each match in the competition consists of eight questions, worth one point each, which must be completed in under 30 minutes. The top five participants from a school represent the team’s score, with the maximum points possible being 40 points.

Before competing in the national competition, the math team partook in the American Mathematical Competition, the biggest event of the year, on Nov. 11 and Nov. 16. Members who score past a certain threshold, representing the top percentile of test-takers, are eligible to take the American Invitational Mathematical Exam later on in the school year.

“We haven’t gotten the AMC scores just yet but I think we did okay,” vice president senior Bobby Zhu said via discord. “There were some takers who did a lot of problems, which hopefully leads to a high score.”

Prior to competing in the math madness event, the schools are ranked through two weeks’ worth of qualification matches in order to properly determine the division the school is in. Despite having placed in the first division, the DBHS members didn’t perform as well as they had anticipated, leading to an early elimination.

“Our team has been performing fairly well [for the] most part,” secretary junior Aaron Sun said via discord. “One main reason that our team lost was the fact that the AMC competition was right before the Math Madness match and all the team members were exhausted from taking two math tests in a row.”

To prepare for the event, the team participates in several scrimmages with other schools, alongside hosting weekly workshops to review previous matches and learn new topics. In addition, many team members take advanced math classes at DBHS to keep their minds sharp with some self-studying the subject beyond what is taught in school.

Math Team members junior Andrew Huang and Sun have excelled on the team, contributing top scores almost every week which attest to their long-standing experience in similar competitions.

“They have been performing well in our competitions, and also are great at teaching the other members during our weekly workshops,” Fu said.

Although the team did not do as well as they anticipated for the Math Madness competition, they will continue to compete in future functions this year including the California Math League, Purple Comet and Rocket City Math League events.

“For the future, I am hoping younger math team members will apply as officers,” Zhu said. “I see a lot of potential in them and they can lead the team to success.”