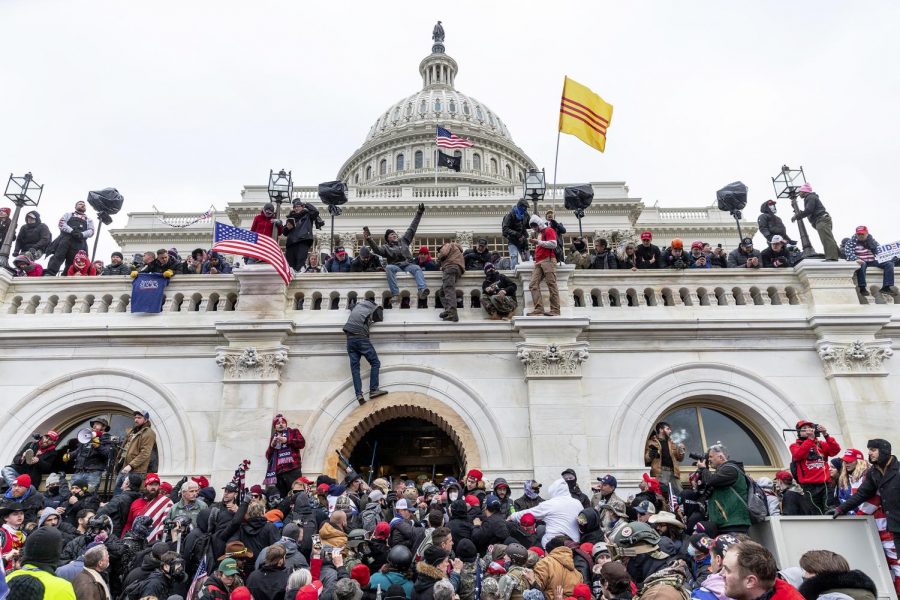 A day that was meant to be the ceremonial confirmation of Joe Biden’s victory in the 2020 U.S. Presidential Election took a violent turn when thousands of Trump supporters breached the walls of the Capitol in a historic act of defiance, one that can only be deemed as domestic terrorism.

Motivated by Trump’s insistence that the election was a farce, the mostly-maskless crowd believed that they were using their rights to protest and secure their democracy. It was, in fact, the complete opposite. This group of primarily white radical Republicans were looting and rioting all to put someone into power. Not only did they misconstrue their right to protest, they manipulated the very democracy that they were supposedly trying to protect.

Yet to some, their violent riots were seen as just that—a protest. According to NBC News, the Capitol Police were warned weeks in advance about a potential riot and still chose not to arm themselves with riot gear, planning instead for a simple free speech demonstration. When things took a turn for the worse, their lack of preparation forced them to wait for reinforcement, giving protestors enough time to break into Congress.

Ironically, this decision came from the same officials who chose to deploy the National Guard when Black Lives Matter protests were getting ‘too close’ to the capitol. Officials even claimed that they did not use the National Guard early on in the Trump rallies as they didn’t want a repeat of the bad press they received last June. Nonetheless, this decision proved to the public once and for all that, in the eyes of our government, demonstrations for white rights are protests while those for Black rights are terrorism.

This is especially proven by the various Republican politicians who attempted to garner sympathy for the protestors. Arizona Rep. Paul Gosar stated in a tweet that, “We are protesting the violation of our laws. We are builders not destroyers.”

President Donald Trump had a similar reaction when he released a statement to the protestors saying, “We love you, you’re very special.” While other Republicans like Senate Majority Leader Mitch McConnell and Sen. Mitt Romney condemned the actions at the Capitol, the fact that any lawmakers attempted to rationalize a show of direct violence against a democratic proceeding is alarming. Gosar and Trump were also the same people who condemned the Black Lives Matter movement, one dedicated to people of color fighting for change and justice, as something that would “poison” American democracy.

Conservative media was also quick to defend the Republican image by shifting the blame to others, insinauting that protestors at the Capitol were actually members of radical leftist group Antifa pretending to be Trump supporters. Not only was that claim unfounded, but various Trump supporters recorded, live streamed and photographed their experiences at the riot on social media.

The Capitol breach wasn’t a fight for democracy, nor was it a group of people exercising their right to free speech. It was a coup: an attempt to gain power to undermine a fair and just democratic proceeding. Still, because of the color of their skin, they were not subjected to the same violence and punishments as people of color were. While that may change with the increased security measures for the upcoming inauguration, the Capitol Police should’ve never given a free pass to Trump-backed rioters in the first place.