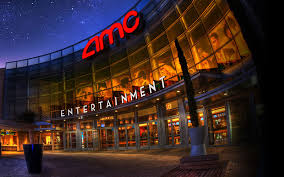 Although many of us have spent more time than usual cooped up and streaming a plethora of movies and shows, Hollywood has ironically been facing a financial crisis over the course of the pandemic. For the film industry, quarantine has meant indefinite delays on projects, movie theater shutdowns and, for the worst-off businesses in the industry, almost facing bankruptcy.

Due to COVID-19 lockdown restrictions on non-essential businesses, many new, highly-anticipated films were made available to the public via streaming services like Netflix, Disney+ and Hulu. As a result, streaming service subscriptions, digital movie rentals and purchases have significantly increased alongside the profits of streaming services.

Due to the lack of in-theater screenings, movie theaters from local New Parkway Theater in Northern California to Regal Cinemas are also struggling to stay afloat. Even AMC Theaters, the country’s largest movie theater chain, hasn’t been spared. In October, AMC warned their investors that the company may soon have to file for bankruptcy for a chance at surviving the pandemic. Fortunately, through debt restructuring, the company is now back on its feet, something that cannot be said for many others in the industry.

It appears that the filmmaking industry is in a similar financial bind, as well. With major actors and cast members alike contracting the virus–from Tom Hanks, putting a pause to the filming of Elvis Presley’s biographical drama to Robert Pattinson, resulting in the draw up of the “The Batman” production. Many other ongoing projects such as CW’s “The Flash”, Amazon’s “Carnival Row” and talk shows like Comedy Central’s “The Daily Show with Trevor Noah” have had to pause filming temporarily.

With power players in the entertainment industry struggling in this unprecedented fiscal situation, those lower on the food chain suffer as well. Regal Cinemas’ temporary shut down alone came with the loss of up to 45,000 jobs. Those working in the more creative factions of the industry like cameramen and scriptwriters are finding themselves in an uncomfortable monetary situation. And with the typical side jobs like table-waiting unavailable due to quarantine, times have never been more uncertain.

Getting back into the flow of filming on a regular basis also means allotting a sizable portion of a film’s budget to coronavirus tests and protective equipment to keep everyone safe. Although rightfully prioritized, the emphasis on health protocols takes a major toll on the artistic visions of directors.

The process of filmmaking, at the end of the day, boils down to two things: money and creative collaboration, both of which have been hard to come by during the pandemic. But Hollywood has had to adapt in the past, and I believe in their ability to do so again.