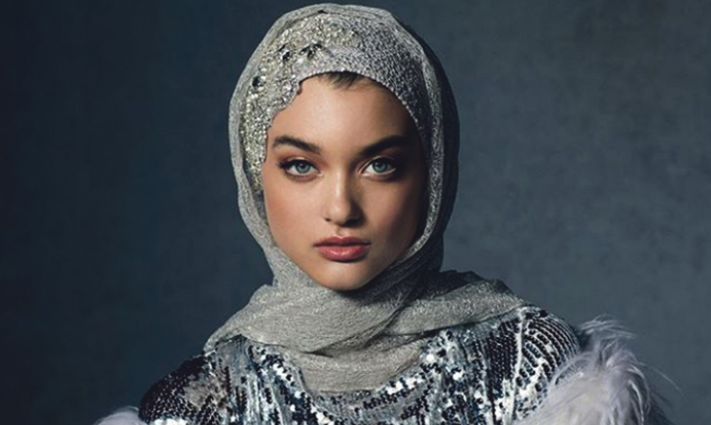 From white models strutting down their runways in turbans, to the sexualization of indigenous and traditional Chinese garments, the fashion industry is no stranger to appropriating and rebranding culturally significant clothing for its benefit. Now, the industry has found its newest target: the hijab.

Well-known labels including Gucci and Calvin Klein have been known to have models sporting clothing that bear a striking resemblance to a hijab. Moreover, most of the models these companies picked to sport these garments were generally blonde, pale and most importantly, not Muslim. Why? To assist in rebranding the hijab as something trendy and new for mainstream consumerism.

As someone who grew up in a Muslim household, I was taught that the hijab is a way of life–not the fashion statement these brands make it out to be. Some Muslim women choose to wear the hijab for a multitude of reasons such as to mark a transition to adulthood or to identify themselves as Muslim—and the decision is often made through careful, extensive consideration. The fashion industry’s integration of such garments for runway shows twists the image of the hijab into something unrecognizable and insulting.

Even though brands rename these garments as  “sculptural headpieces” or “hooded headscarves,” this doesn’t change the fact that their designs are a clear representation of the industry exploiting hijabs.  Instead of profiting off of hijabs, the fashion industry could have easily focused on styling head accessories like fabric headbands or hair clips–a much better alternative to the industry stealing the hijab and passing it off as their own.

But big name brands like Gucci cannot take all the blame for this issue. Media has also failed to recognize the severity of this situation, with publications like The Financial Times going as far as to refer to such pieces as a  “feminist statement.”

While simply wearing clothing may seem harmless, the scope of the issues lies in its context. More often than not, Muslim women who choose to wear the hijab receive widely different treatment than those who do not. Hijabis are often gawked at, ridiculed and even threatened due to their religion. For Muslim women, the hijab is a representation of modesty, something they wear everyday, and a symbol of their venture into adulthood; it is far more than a simple accessory.

While runway trends fall in and out of style in an endless loop, it is the fashion industry’s responsibility to respect and show sensitivity to the cultural backgrounds of others.