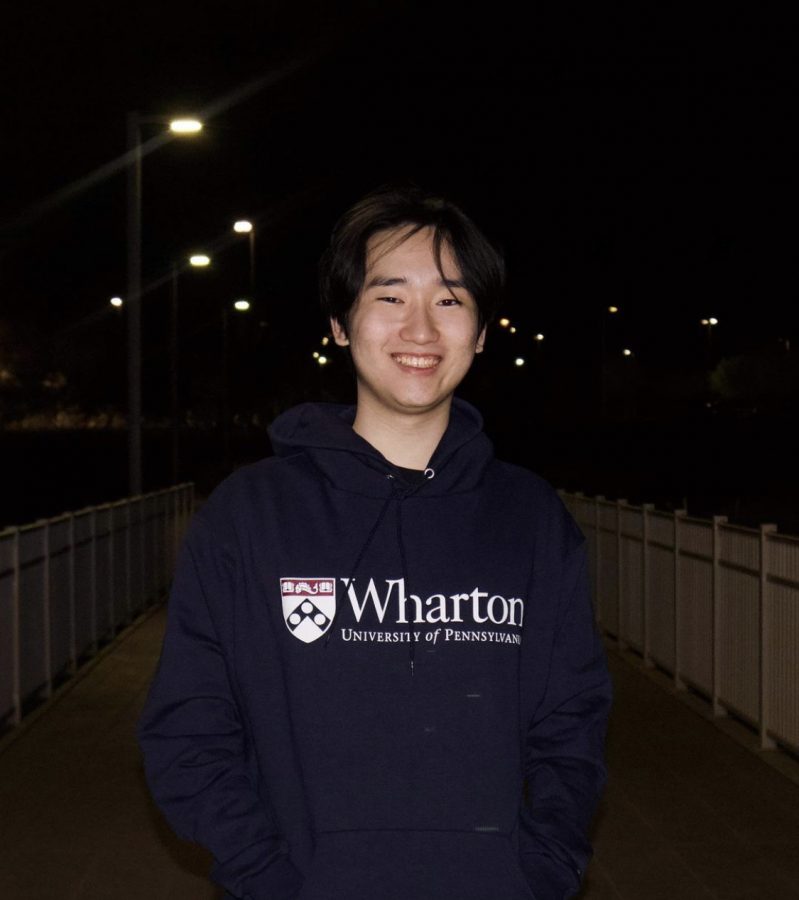 Daniel Min will be heading to UPenn.

After completing the arduous college admissions process, a handful of Diamond Bar High School seniors will be attending some of the nation’s top universities to pursue their dream majors.
Both Ryan Real and Daniel Min will be heading east to the University of Pennsylvania, while Jack Coursen has committed to Johns Hopkins. William Chang and Yifei Hu are heading to Cornell while Wilson Zhu will study at MIT and Luke Zhou will be attending Caltech. In addition, Breanna Yang will be going to Washington University and Chelsea Wu will be attending the University of Chicago.
During high school, Min was the lieutenant and district governor for Key Club, class president for four years and Den Chief of his Boy Scouts troop. He was accepted into UPenn’s Wharton School of Business, where he will pursue a concentration in marketing and social impact.
“I’m most excited about the people and new experiences that come from meeting new people. I always liked stepping out of what I’m used to, and I’m particularly excited to meet such a diverse group of people and live in a new state,” Min said via Instagram.
Real, on the other hand, said he plans to major in bioengineering. For all four years of high school he was a member of the Science Olympiad team and served as an officer for three years. He says that he had always been interested in science and was eager to apply to the nation’s best bioengineering programs.
“I was actually fortunate enough to have also gotten into the Biomedical Engineering Program at Johns Hopkins and Duke. In the end, Penn’s larger size, great location, social atmosphere and flexibility with the bioengineering curriculum swayed me,” Real said via Instagram.
Also travelling to the East Coast is Chang, who plans to pursue a major in industrial and labor relations at Cornell University. At school, Chang was heavily involved in the American Red Cross organization, serving as both the Claremont-Pomona Executive President and the DBHS branch president, as well as co-president of FBLA. He also helped coordinate various leadership development camps under the American Red Cross that aimed to teach delegates from the LA region key leadership skills.
Chang said that Cornell’s location, with the surrounding waterfalls and mountains, as well as its rural environment were a huge draw for him.
“When I was choosing my colleges during the application process, I wanted to choose schools that would allow me to grow in some shape of form,” Chang said via Instagram.
Coursen will major in bioengineering at John Hopkins, a school he said was one of his top choices due to long-time interest in that field of study. Coursen said that one of his most meaningful learning experiences within the field of biomedical engineering was his internship at an endoscopic device company which allowed him to further explore physics and biology.
“There was definitely a great weight lifted off my shoulders when I found out I had the option to attend the school of my choice. I believed that as long as I stayed motivated to accomplish my goals I would be fine anywhere,” Coursen said via Instagram.
Many seniors said the application experience was both mentally and physically demanding. They’ve expressed being particularly stressed out about how they would sum up their entire highschool experience and lessons in just a couple hundred words. Chang shared advice for future students on how to approach applications.
“This process will be stressful. Colleges are not looking for any singular thing, so just do what you love and what you are passionate about as that will shine through your application. You have come so far so be proud of what you have accomplished!” he said.