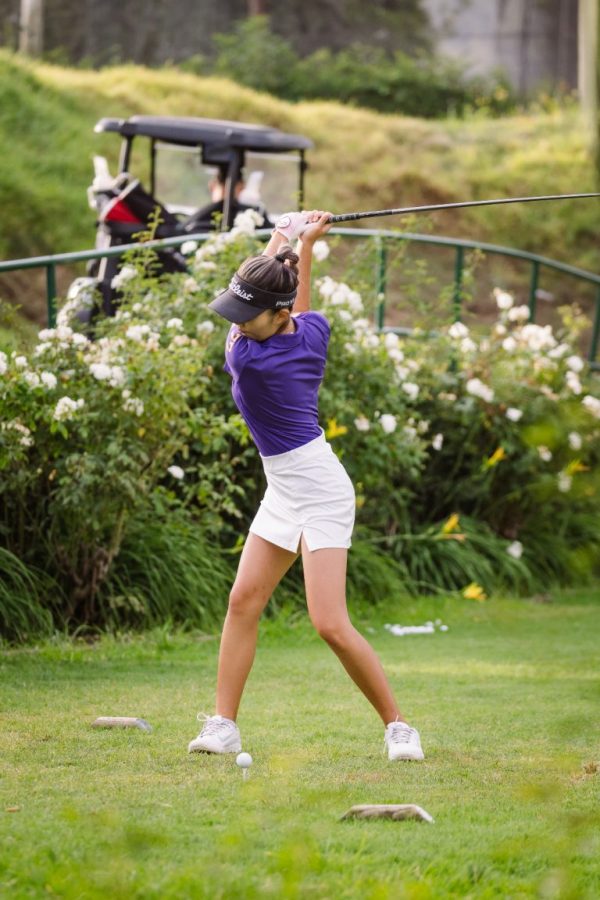 After a promising season, members of the Diamond Bar High School girls golf team have swung their way to the CIF playoff matches, hoping to end their season as strong as their predecessors have done.

The team officially finished the league season with a record of 8-2, with their two losses being against Walnut High School. According to assistant head coach Jason Tuck, the team has significantly improved from previous months.

“Our varsity is made up of senior players with significant skill and experience, and younger players with great skill but who gain experience through the league competition and league individual finals,” Tuck said via email.

For the CIF Individuals, the team has qualified senior athletes Bella Yang, Ella Chiu and Irene Park, who all placed in the top 9 of League Finals, as well as their first alternate, freshman Audrey Im.

“This was an outstanding achievement and we are extremely proud of them,” Tuck said. “They will represent DBHS well in the CIF Individuals at Los Robles Greens in Thousand Oaks.”

Besides the CIF–qualifying athletes, seniors Helena Bermejo, Trinity Tang and Amy Gao also made their marks by providing their leadership to help younger players become more comfortable in competition. Such leadership has been paramount to the team’s continued success.

The team also met their most important goal for the season: to qualify for the CIF team tournaments and specific players to the individual CIF event.

“We would have liked to go undefeated in League, and will continue to strive for that,” Tuck said. “But, an 8-2 record in league would be thrilling for most teams in the State.”

During the off-season, the team will continue practicing in competitions like SCPGA, AJGA and Toyota Tour Cup events, which happen sporadically throughout the year.

“These events help players gain experience and give them a competitive edge which cannot be gained without tournament experience,” Tuck said.

Furthermore, the team will use the off-season to prepare for the transition to next year. As seniors leave, it’s important to fill in their positions with rising leadership.

graduation of our seniors, but we are preparing our underclassmen for additional

leadership responsibilities that will be required of them next year,” Tuck said.