Girls tennis swings back into action

The group started off preseason 0-2 after returning from a shortened season. 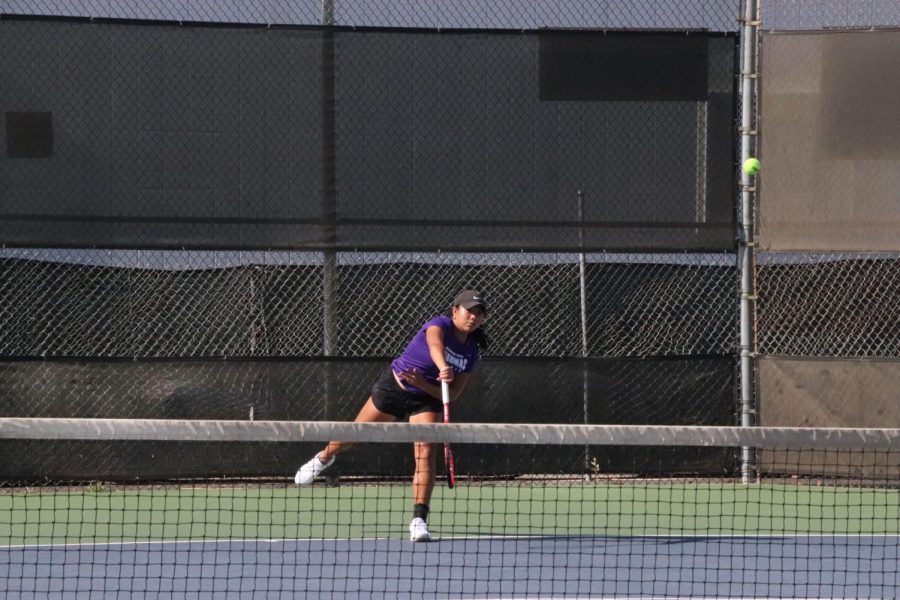 Following a year of immobility and an incomplete 2020 season, the Diamond Bar High School girls tennis team is ready to swing back into shape for this upcoming season.

“I’m definitely confident in the team this year,” senior varsity captain Ashley Moon said. “We have strong players and everyone is working hard to prepare for our season.”

In the year before, group training was close to non-existent as social  distancing rules and the shut-down of public spaces forced players to train independently or not at all. Even those who did end up training independently were forced to shut down due to increasingly difficult COVID concerns that arose and endured for longer than expected.

“Last season, we didn’t get much training prior to the matches because we shared the courts with the boys team,” Moon said. “However, Coach Feix and the team worked really hard together to make the best out of the days that we got to practice.”

While incomplete training was a direct cause of the team’s poor performance during quarantine, a lack of team bonding between players, which would normally happen in-person, was also a big factor.

“You can really create a bond with your team during the toughest training moments,” Chloe Cadelina, a DBHS junior said. “ I really appreciate how we cheer each other on during games and our training sessions.”

As wary as the players are of COVID affecting their season again, the girls tennis team is extremely excited to be coming back this year to have fun and improve their skills.

“In person training is definitely getting me back in shape!” Moon said. “During quarantine, I stayed in my chair for most of the day, but with practice, I feel twice as energetic as I was before.”

For now, the team has pretty practical standards: putting in effort to come to practices and giving their best effort to stay in shape for the season. Everyday until 4 pm, they also practice playing singles and doubles matches, along with going to the weight room on Fridays for further conditioning.

“I’m hoping that we end as league champions!” Moon said. “I’m confident in the team we have and am excited to play with the girls.”