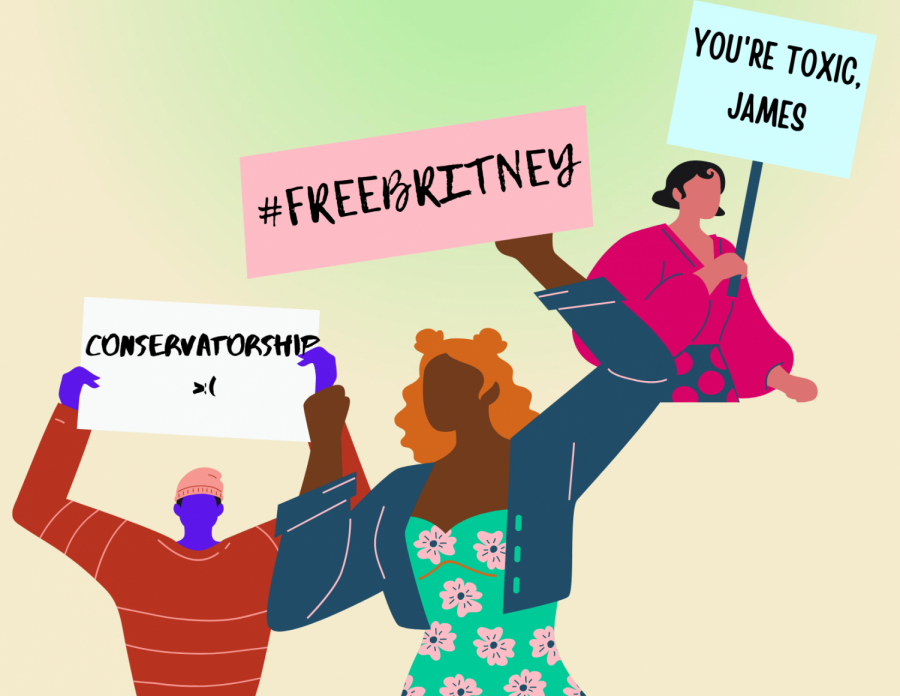 By now, we are all familiar with #FreeBritney; and let’s face it, we were all quick to jump onto this bandwagon to protect the queen of pop herself. But, what exactly is a conservatorship and why was Britney Spears in need of saving?

To break things down, a conservatorship is the appointment of a guardian for an individual deemed unfit to manage their financial responsibilities and/or daily life, usually due to mental or physical limitations. Not to mention, these arrangements are often permanent and difficult to escape.

Nevertheless, if a conservatee has complaints concerning their conservatorship, they’re allowed to request extra judicial supervision, aside from that of which is already granted to each conservatee. However, most court systems are overworked, meaning not all parties receive the attentiveness they deserve. Due to this, abuse in a conservatorship is commonly overlooked by the courts— the only party who can terminate a conservator.

Such was the case for Spears. Initially, the star was placed under conservatorship following her public breakdown in 2008. At the time, the arrangement–which was meant to be temporary at first– called for guardianship over Spears due to her battles with mental health. However, fans remained skeptical, due to the conditions of the artist’s conservatorship, and rightfully so; her father, Jamie Spears, had alluded to courts that his daughter was incapable of tending to her business and finances, as well as her health and personal concerns. Put simply, the conservatorship saw that Spears had no legal jurisdiction over her own life.

Due to its longevity, fans began to question whether this appointment was made in the artist’s best interest, and thus, the #FreeBritney movement was born. While supporters lacked substantial evidence for the initiative to gain more traction, that soon changed.

In June of 2021, the New York Times gained access to sealed court documents, which held records dated as far back as 2014 showing Spears’ attempts to have her father removed as conservator. In the documents, Spears detailed her father’s abuse under the conservatorship, stating he would take cuts from her earnings and would often limit Spears’ allowance. Aside from this blatant exploitation, Spears also recounted her father’s use of harsh punishments, which added a sense of fear and distrust to the arrangement.

However, the true disappointment in Spears’ case lies in its time frame. At age 38, Spears completed ten years under an abusive conservatorship—one that, need it be reiterated, was created temporarily. For no action to be taken concerning Spears’ accusations– especially considering the amount of time she was kept under those conditions—is unfathomable. It leaves many asking— “How could they miss something this big?”

In more recent news, Spears’ father has officially stepped down as conservator after facing months of public pressure, with licensed private fiduciary Jodi Montgomery to assume his position. Likewise, both Montgomery and Spears have agreed on terminating the guardianship aspect of the conservatorship, as Spears no longer considers herself unfit to tend to her daily life.

Spears, who was trapped in her conservatorship for 13 years, is one of the few who are lucky enough to be freed from such situations. Other well-known names, like Amanda Bynes or Mickey Rooney, remain stuck or have experienced similar circumstances due to their controlling conservatorships. While Bynes has not reported facing any kind of mental or physical abuse, she has publicly complained about the financial aspect of her conservatorship, as well as her parents’ alleged refusal to allow the ex-Nickelodeon star to marry her significant other. Rooney, who was placed under conservatorship in 2011 for financial reasons, faced abuse from his own stepson, Chris Aber, who was accused of threatening and harassing the actor.

While it is understandable that not all abuse is so easily detected, this further emphasizes the importance of listening to the victim’s voices, should they come forward. Thankfully, the social justice bug that has spread across social media has allowed for victims to feel more comfortable sharing their truths, and, while victim blaming remains an issue, users have created a safer place for these survivors. After all, had Spears’ fans not been suspicious of the star’s situation, it may not have gotten the attention it deserved; the voices of fans and their constant support through social media is what brought awareness to, not only Spears’ situation, but the issue of abuse in conservatorships as a whole.

In order to hinder abuse from festering within these legal arrangements, the powers granted to each conservator can no longer be so broad; it is the imprecise nature of the conservator’s restrictions that allows abuse to thrive.

The idea of an individual having complete power over another’s life is unnecessary. Besides, by its definition, a conservatorship should offer guidance and care—similar to that of a parent—not power over one’s personal life . This is why the guardianship portion of conservatorships, primarily those granted temporarily to conservatees, must be closely observed.

Likewise, the court should mandate mental health evaluations to such individuals in order to prevent occurrences like Spears. Had the victim not been a celebrity with such status as Spears’, the results of this case may have been much different.