Expressing her passion for food 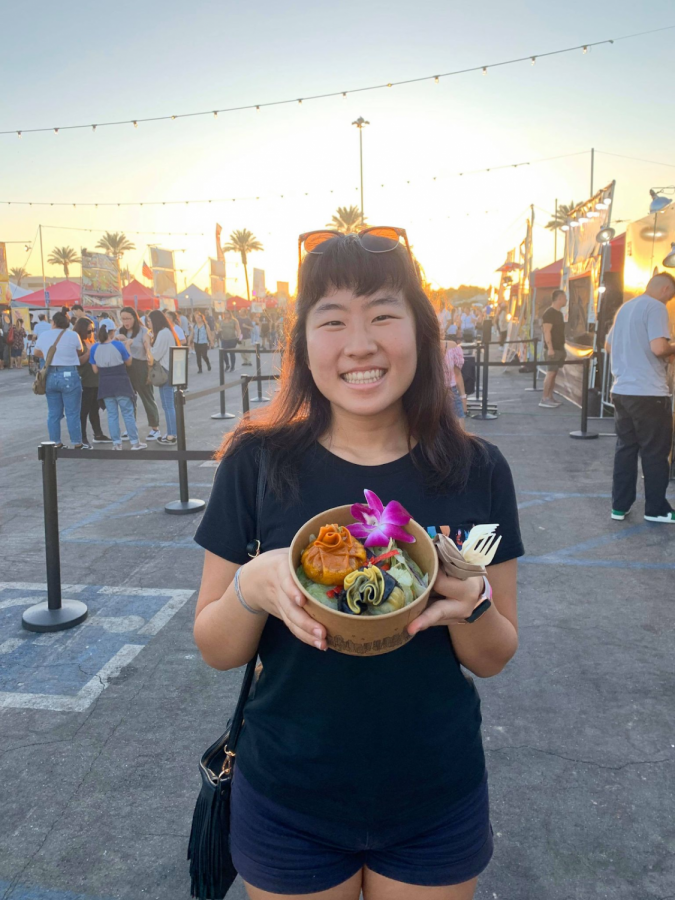 Social distancing mandates during COVID-19 have left many Diamond Bar High School students confined to their homes, hungry for gastronomical delights. Senior Breanna Yang has helped appease this eager crowd by transforming her passion for food into a virtual following.

Yang began her Instagram food account and blog, @eatingwbree (Eats with Breanna) in October 2020. Posting multiple times per week, she has grown her sizable audience to over 1,400 followers. Prior to starting her own account, Yang gained valuable inspiration by following other Instagram food influencers such as @cookinwpriscilla and @emsloweater.

“I just never really had the time to actually create an account and post different things,” Yang said. “However, with quarantine and COVID-19, I had more free time on my hands, so I was really able to start it.”

Niches are a key aspect of many Instagram food accounts, with some focusing on specialties such as Italian cuisine or fruit dishes. Moving with this growing trend, Yang has focused on promoting local small businesses on her account.

“Most people, including myself, like food so it’s just a fun way for people to see what I’m eating and also find places they can try as well,” Yang said.

Well-known local businesses such as Mimi 5 Bobee,  Mama Lu’s Dumpling House and Machi Tea Bar are just some of the establishments featured in her posts. In addition, Yang has also showcased international food vendors, sharing pictures of food from Bread Ahead in London, United Kingdom and Gelatissimo in Sydney, Australia.

Her growing virtual following has led to multiple collaborations with restaurants and food companies, which send free items in exchange for social media exposure. Most recently, she received a pink utensil set from kitchen accessory manufacturer PDJW Amazon Store, free drinks from the tea store Tastea and a DIY cider-making kit from the fermentation company Brewsy. Altogether, the items Yang has received constitute over $80 worth of food-related items from her work with food companies.

In addition, Yang has hosted monthly giveaways to promote her account, offering free drinks from Kozan Tea House and a gift card for Tastea. She has also participated in other food accounts’ giveaways, winning seven so far and receiving prizes such as free boba tea, boxes of Asian snacks and a crocheted coffee cup. Hosting and participating in giveaways help Yang’s account by promoting user engagement and publicizing her platform, thus drawing attention and further growth.

The senior plans on continuing to update and maintain her @eatingwbree account after high school graduation.

“Since I am going to college next year, it might be interesting to have a change of scenery and to post new restaurants and food,” Yang said.

Finally, Yang has some encouraging advice for other DBHS students aspiring to become social media influencers.

“I would say to just go for it and try to post more frequently at the beginning. Also, make sure to interact with other people’s posts and accounts because it’s a great way to make friends in the space,” Yang said.