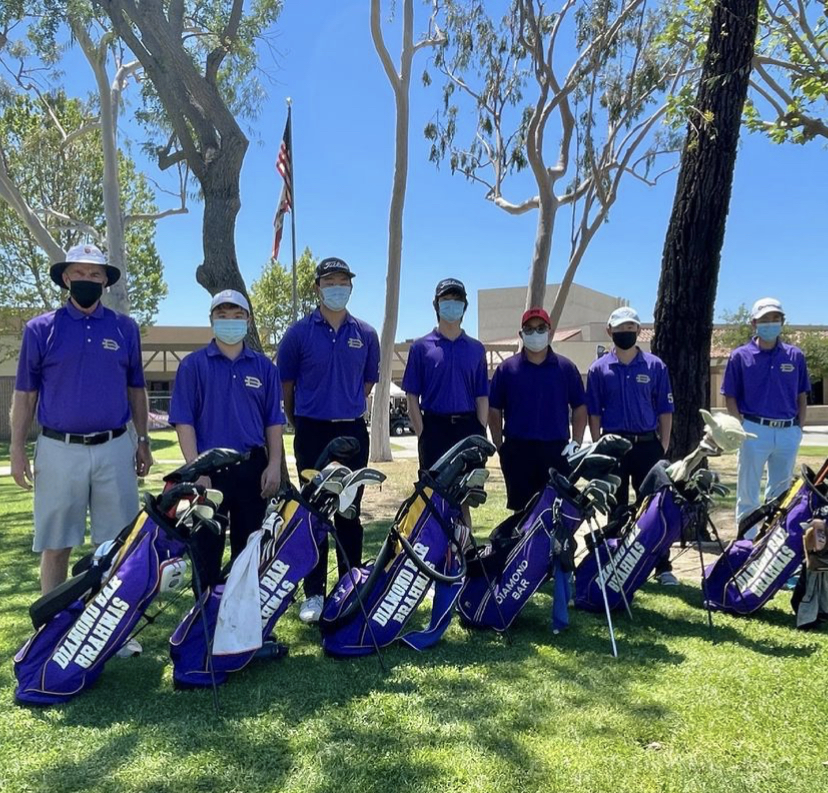 The Diamond Bar High School boys golf team came out on top in the Hacienda League this season, with several players qualifying for the CIF Individual Regional.

Although there was uncertainty to the season due to the impact of COVID-19, the team had an outstanding year. The Brahmas finished the season in dominant fashion with a 10-0 league record.

“The strength of our team allowed us to give 11 different players the opportunity to compete in varsity matches, and several others in JV matches,” assistant coach Jason Tuck said. “The depth of the team at all grade levels is one of our greatest strengths, and has proven successful over many years.”

Diamond Bar sent six players to league individual finals to fill in spots for CIF. Five of the Brahmas finished in the top eight and qualified for the CIF Individual Regional.

Along with Yang and Chen, sophomore Elson Liu, as well as freshmen Jack Zhu and Kyle Lim, advanced to the Division I CIF Individual Regional, scheduled for June 2 at Los Robles Greens in Thousand Oaks.

Following the individual regional is the boys Team Divisional Championships scheduled for June 7 at Seacliff Country Club in Huntington Beach.

“Our expectation is to play well enough to send the team through the SCGA Qualifier the following week, and to qualify as many individuals as possible for the Individual Championship scheduled for River Ridge on June 10,” Tuck said.

According to Tuck, the team has prepared well for each course on the schedule and made sure that even players who are not likely to play are prepared in case they need to fill in at the last minute.

“I’m very happy with the season so far,” Tuck said. “With COVID creating so much uncertainty, there were many questions surrounding the season, and to finish the league matches undefeated is very exciting.”