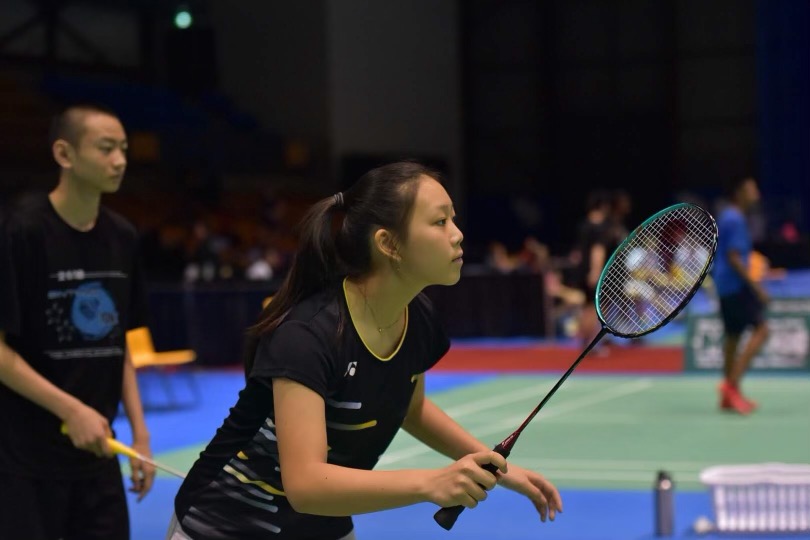 Growing up in families where badminton was considered an enjoyable pastime, various Diamond Bar High School badminton athletes never imagined being involved at the forefront of a national competition.

With only five years of training in the sport, freshman Emily Liu managed to place first in the Pan-American Badminton Junior Championships’ women’s doubles category.

Having been a dream of Liu’s, she was elated to even qualify for the Pan-Ams, which are matches organized by the Badminton Pan American Confederation between all the Americas’ top badminton players.

“When I was younger, all the good players had gone to Pan-Am and that has really been a big goal of mine,” Liu said. “So, it is really exciting to be a Pan-Am gold medalist.”

“Every single night, [my mom] would go back to the hotel with me and really just motivated me for the next day,” Liu said. “I was very surprised [once the results were posted] because we had never won before.”

In addition to bringing home gold in the Pan-Am Games, Liu had the opportunity to participate in several junior competitions, such as the Junior Nationals in North Carolina where she won silver in the girls’ double category, qualifying her for the Pan-Am Games.

Senior Kodi Lee also had the opportunity to compete in the Pan-Am Games.

“My initial thoughts were extremely exciting,” Lee said. “This sport can definitely be discouraging at times because unlike other sports, it is very underlooked in America. For example, there are no scholarships in college, but being able to go to Pan America and having these experiences really motivates me to keep going.”

Unlike Liu, Lee’s inspiration is her badminton coach.

“My inspiration has definitely been my coach, Coach Tony,” Lee said. “He is an Olympic gold medalist, and he is very motivating and kind.”

Also a medalist was DBHS Class of 2021 alumnus Don Averia, placing second in the men’s single and doubles category.

“Of course it takes a lot of work, a lot of years put into this, and to come out on top in the biggest tournament of my life was really fulfilling,” said Averia.

Averia’s family played a huge role in his love for the sport, as they were the main reason he decided to even start badminton in the first place.

“My parents and my aunt always set high expectations for me,” explained Averia. “It is a lot to deal with sometimes, but for the most part, it helps me really keep my focus, stay motivated, and push as hard as I can.”

While each of these athletes medaled and excelled in different areas, they all shared the same experiences – the rewards of persistence.