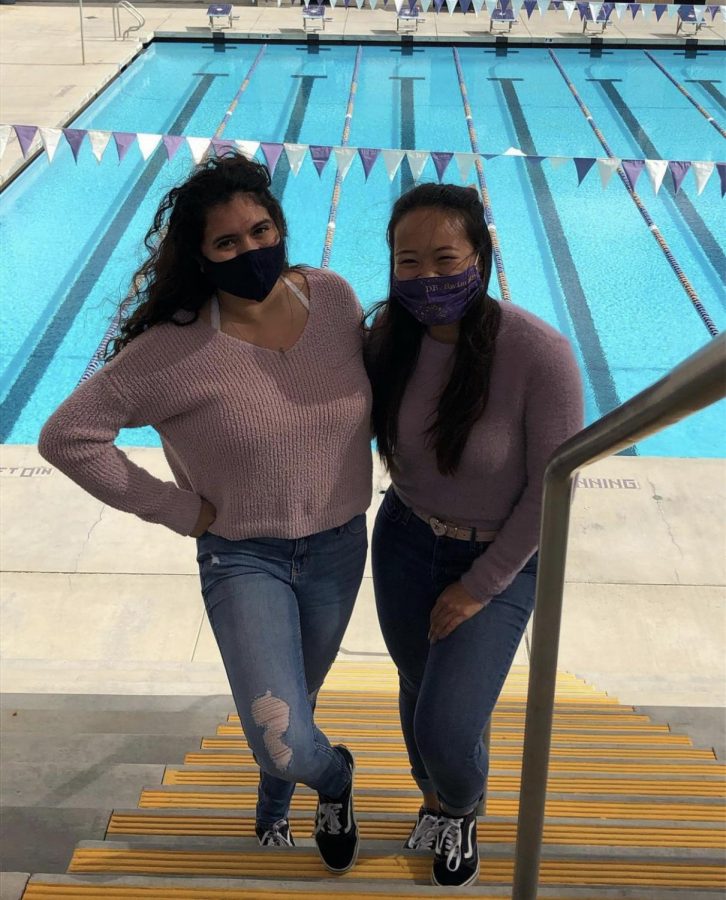 From the pandemic to swimmers who took nearly year-long breaks, the Brahma swim team overcame all obstacles and came back stronger than ever for an undefeated season in the Hacienda league.

“All swimmers have been doing well – especially after most being out of the water for a year,” Head Coach Isabelle Cheng mentioned.

The Brahmas are undefeated this season in the Hacienda league in all dual meets and at League Finals. The team will compete in CIF playoffs starting Thursday.

The Brahmas started off their season with a tremendous victory over the Wilson Wildcats with girls winning 140-31, and boys winning 148-14

This victory was just a start for the Brahmas. They had another large victory over the South Hills Huskies for a combined 289-59 point victory for girls and boys. The Brahmas continued to assert their dominance against the Mustangs at the rival meet on April 29th and also against the Rowland Raiders on May 6th, with victories against both schools.

Competing in CIF Division I will prove to be a tough challenge for Brahma swim.

“This year, we are Division I for CIF, which is extremely difficult, especially since we were Division 4 just two years ago. The times are really fast, and only a few have made consideration times, even fewer automatic times,” Cheng said. “I’m not too sure [how we’re going to train for CIF] because all the CIF potentials are club swimmers so they don’t even train here.”

Senior Stephen Lee, one of the four team captains this year, expressed that being D1 or D4 doesn’t really change anything because swimming is both a team and individual sport, meaning that what matters the most is how much each individual swimmer pushes themselves and their peers. Lee also mentioned that it is great to see the team improve exponentially in such a short amount of time with minimal team practices.