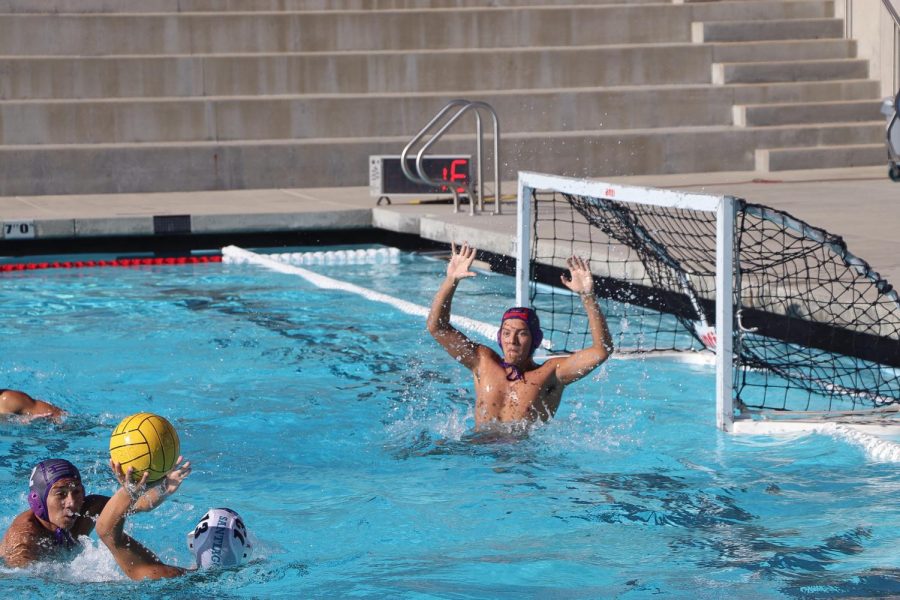 The Diamond Bar High School boys water polo team fought hard in their most recent game and continue to swim forward into a successful season.

“Our main focus right now is the defensive side of the game and controlling the ball and limiting our turnovers,” head water polo coach Gary Cheever said.

“I like where we’re at and every game we’re right there with whoever we’re playing against,” Cheever said.  “I’ve scheduled a really tough schedule so we have no push-over games so far as our non-league games go.”

Much of the team’s strength is due to their consistent practice in and out of the pool, ranging from defensive positioning and ball handling to basic swimming. One of the reasons for increased practice time is due to the team having more games scheduled than previous years. Despite the difficult game and practice schedules, the team still maintains high morale.

“It’s very rigorous with all different sorts of skills that we go over,” senior Jude Solis said via text. “I think our team status is pretty good so far, our team chemistry has gotten better over time.”

Throughout the past few games, a few players that stood out to Cheever for their performance in games and during practice are senior Nick Murray, senior Jude Solis and freshman Diego Solis, all playing in set positions.

The boys water polo team’s upcoming game will be a home game against Yorba Linda High School on Thursday, October 7 at 4:15 p.m.