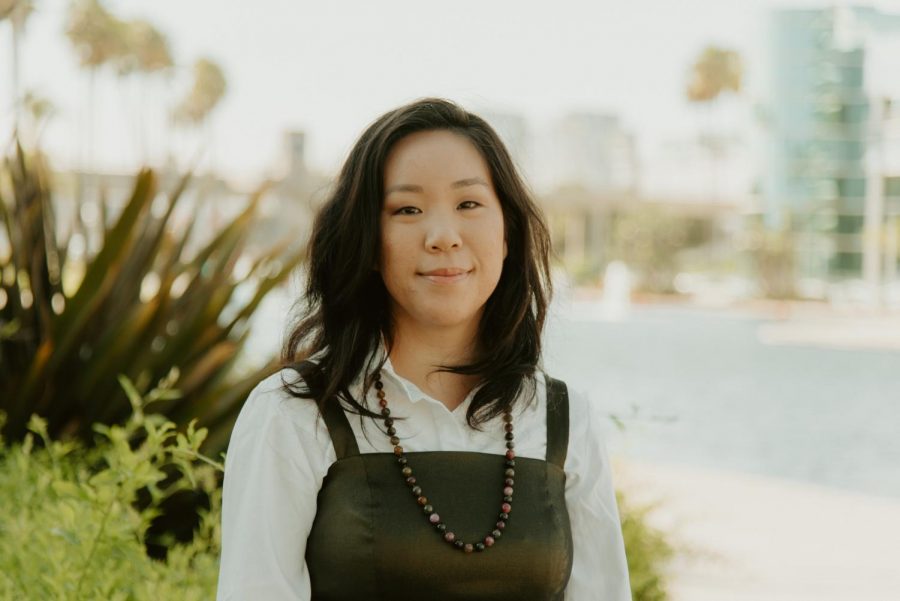 Hoping to invoke the nostalgic feeling of sinking into a good book, Diamond Bar High School almuna Tiffany Babb will be publishing her first poetry book, “A list  of things I’ve lost,” on December 21.

Despite having originally planned to major in political science at USC, the now cultural critic and poet became interested in writing due to her college literature courses, which steered her toward pursuing a degree in Comparative Literature instead.

“I got really interested in studying and writing about comics, and I quickly realized that the papers that I enjoyed writing for my literature classes were pretty much only being read by two people—me and my professor,” she said via email. “But I knew there was writing out there that was reaching people, so I started looking into how I could get my writing read by people.”

While a large portion of Babb’s writing career focuses on cultural criticism, she first started writing poetry in college. Babb said she was inspired to write because of all the poets she was surrounded by while working a part time job at Kaya Press—an independent publishing company.

“I think what inspires me most as a poet is the act of paying attention to the little things that you’d normally ignore,” Babb  said. “You give space for those little things to gather your interest; to feel big and important. It feels kind of like magic.”

Babb focused her energy on getting her name out there, self publishing her own work on blogs for about a year before promoting pieces she had written to more established websites.

“You just keep doing the same [thing]: using old clips to pitch to new places and keep in touch with the editors you’ve worked with before,” Babb said. “It’s a lot of pounding the online pavement, and you’ve got to be comfortable with a lot of rejection.”

In the interest of furthering her freelance career, Babb has written cultural criticism for several publications and is even considered a regular contributing writer for PanelxPanel Magazine. In fact, it was when Babb was writing for PanelxPanel that the magazine received the Will Eisner Comic Industry Award—a prize comparable to an Academy Award in the comic industry.

While publishing her commentary pieces, however, Babb continued to publicize her poetry, primarily in literary magazines. Before working on her book, she self published two shorter collections, or chapooks.

Despite her fairly seasoned career in freelance writing, Babb considers her book, “A list  of things I’ve Lost”, to be one of her largest projects yet.

“The poems in ‘A list of things I’ve lost’ are mostly about the way memories from childhood can sneak up on you and disrupt your adult life,” Babb said.

She explained that her inspiration for the collection of poems came largely from her experience of losing her father while attending college.

“I think what I hope this piece does, what I hope any poetry I write does, is make people feel something, whether it’s nostalgia or recognition, or that feeling of recalling a forgotten memory,” Babb said.

Although she still considers herself to have a long way to go as a writer, Babb advises those who seek a career in writing to prepare for a lengthy road riddled with rejection and to reach out to others for guidance. She also encourages those who may not find the writing world as appealing to still give it a chance.

“I think writing is really fun, and everyone should try it. It doesn’t necessarily have to become a career but it’s a great way to express yourself and respond to what you find interesting,” she said.

Babb will be reading her book live on December 14 in an online event hosted by Port Veritas from 5:00-6:15 p.m., with further information about the function as well as her work available on her website, tiffanybabb.com.