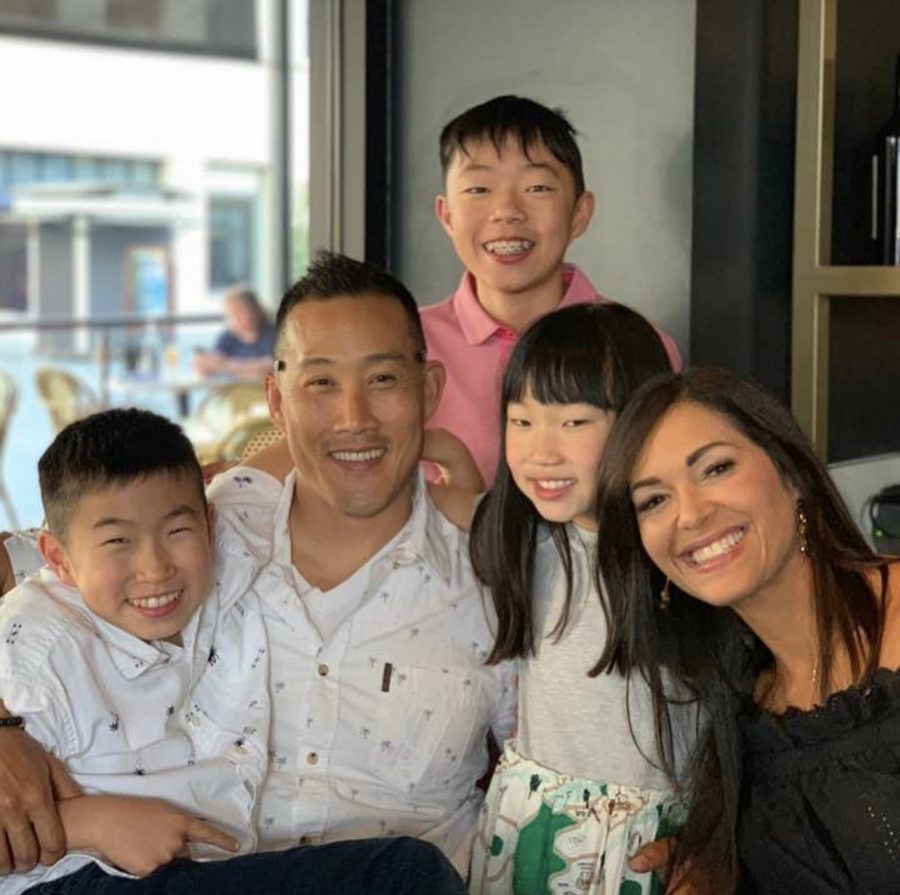 From working with various student athletes to coaching students one-on-one, Diamond Bar High School’s Athletic Director Albert Lim has spent the past four years refining the athletic department. Yet, come the end of the 2020-2021 school year, Lim will be stepping down from his position, as well as from being the interim Wellness Adviser.

Throughout his decade-long career at DBHS, Lim worked in multiple aspects of the athletic department—ranging from coaching football between 2009-2012 to teaching Health Sciences and Strength and Conditioning—before advancing to Athletic Director.

However, teaching in athletics was never a part of Lim’s initial plans.

After graduating from DBHS in 1996, Lim spent a four-year stint in the Army as an infantryman, igniting his passion for helping people which led to his six-year career in social work—one filled with many negatives that would push him toward teaching.

“In my last two years as a social worker, I was working with opioid addicts and just doing very traditional one-on-one therapy, and it really burned me down,” Lim said via Zoom. “So, I just wanted something where I was able to see positive changes immediately, and I reached out to my former coaches and, after coaching for a season, I fell in love with the education field. ”

When Lim eventually rose to the position of Athletic Director, he inherited a department that was not very prioritized and filled with holes.

“In the past, there were a lot of issues in terms of lack of communication and lack of support for the coaches,” Lim said. “So, I knew that it was something that we wanted to change, ‘we’ meaning myself and the coaches.”

Nevertheless, being the Athletic Director has been a rewarding experience for Lim. He’s had the opportunity to work with anyone from student-athletes to teachers and administrators from outside districts.

“One of the best experiences has been being able to work with a lot of people.” Lim said. “I’m just in a unique position where I pretty much have to work with every leader in every department within the school, as well as different departments at the district office and, even our local schools here.”

Even Lim’s short time as the interim Wellness Adviser has taught him more about what it means to work with students, especially considering their social and emotional wellness.

“I believe that [social emotional intelligence] is one of the more important skills that, not only teenagers, but everybody needs to learn,” Lim said. “That’s one of the main drivers of why I got into social work, not necessarily because I wanted to help others, but I wanted to help myself too.”

While Lim will be taking positive experiences from both positions, he finds it vital for him to step down right now and focus on his other priorities—family.

“This work takes a lot of time away from me being able to spend time with my wife at home,” Lim said. “Just being able to be at home more and spend more time with her is important.”

At the moment, Lim is not confident exactly what his next move will be, but he’s sure to take the incredible lessons and experiences he’s had at DBHS to his next endeavor.

“[I understand now that] it takes a whole community,” Lim said. “It takes a lot of working together with an idea to make anything impactful for the students, the kids.”