The January Athlete of the Month persevered through setbacks in her soccer career. 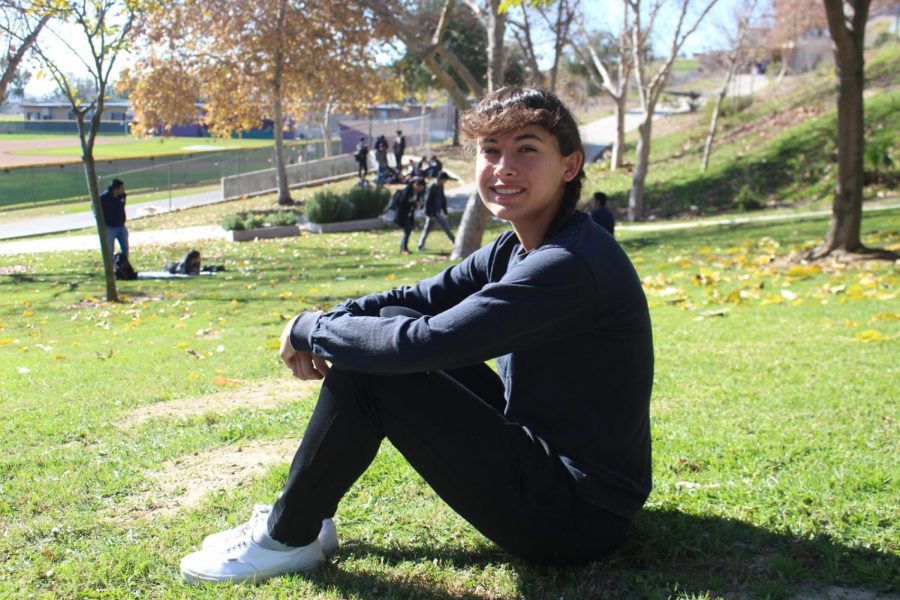 Senior Marissa Vasquez will be playing college soccer when attending the University of San Francisco this upcoming fall.

Ever since she started sprinting down the sidelines at AYSO matches at the age of four, Marissa Vasquez found her passion for soccer and the sport remains a central part of her life.

Playing varsity soccer since her freshman year, the Diamond Bar High School senior is an integral component of the team. As an attacking midfielder, she distributes the ball to create scoring opportunities for herself or her teammates.

“Soccer is something I have worked to get better at all my life,” Vasquez said. “It’s taught me many things and has helped shape me into the person I am today.  I’m pretty quiet but soccer is where I can be myself and be creative.”

During her time on the girls soccer team, the senior has earned various awards. In her freshman year, Vasquez was named the Offensive Player of the Year and made second-team all-league in the Palomares League. She proceeded to achieve first-team all-league honors and was named back-to-back team MVP the following two seasons, in addition to being named Mt. Baldy League MVP last year.

While earning a multitude of accolades at Diamond Bar, Vasquez has also overcome challenges outside of school. Approximately five years ago, she was cut from the Fullerton Rangers (a competitive soccer club in north Orange County) because of her small size.

“After I was told I wouldn’t play and mainly sit because I was too short and not good enough at U14 (in 2015), I went to the lower team at [Fullerton] Rangers for a year,” Vasquez said. “After that I found my Legends West team, which I played with for two years until I moved up to my team I’m on now last year.”

In addition to soccer, Vasquez was on the DBHS track and field team in her sophomore year. On track, she has run the 200 meter, 400 meter, 800 meter and the 4×400-meter relay events. “I like running for training. That’s a big part. And then people kept asking me to do it [join track] so I eventually did it,” Vasquez said.

At the last league meet of the 2018 track season, her second time running the 800m, she lowered the DBHS record with a time of 2:17.65. She broke the record several times, reaching her final 2:11.98 personal record when she won the CIF-SS Division 1 Finals. At the CIF-SS Masters Meet, she placed seventh in the event with a time of 2:12.58.

Despite her achievements in track, she decided to focus more on soccer after running on the DBHS track team for only one year.

“I didn’t really like individual sports that much…track is a team sport, but [it’s still individual]. So I like working as a team better; it’s not like all the pressure is on me,” Vasquez said.

In soccer, she enjoys meeting new friends and working together with other players to achieve the same goal.

“I’ve learned to work as a team and to keep pushing when things are hard or down,” Vasquez said.

According to Vasquez, her competitive mindset to get better at anything she does drives her to keep improving her skills on the field.

The senior will continue her soccer career by committing to play for the University of San Francisco. Four of her teammates on Legends FC also committed to the university, which made a big impact on her.

After college, Vasquez aspires to play professional soccer as a career.