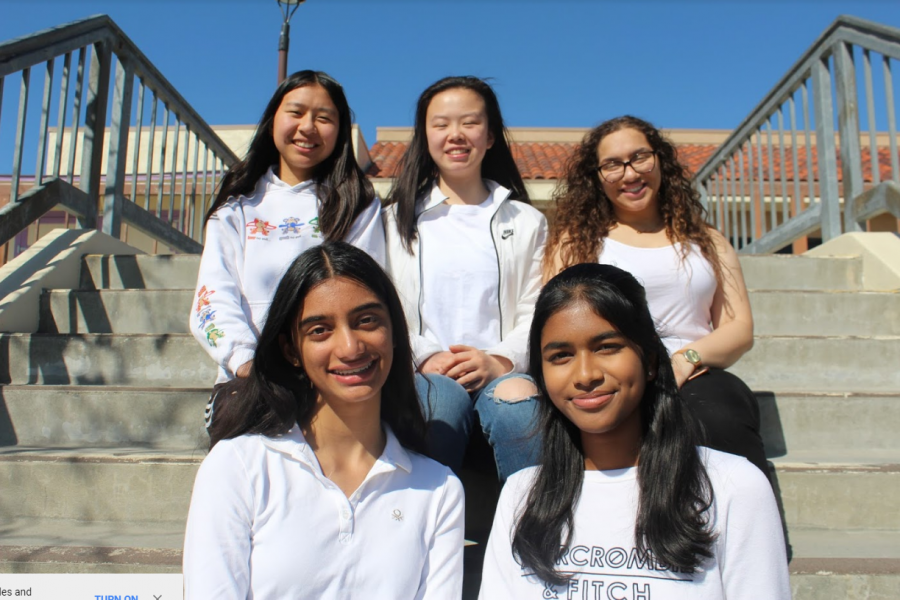 Henna, a way of temporarily tattooing one’s skin with intricate designs, has been brought to the Diamond Bar High School campus. The club, Henna With A Heart, is using this form of art as a way to support charities and teach the skill of henna to others.

“We decided to name the club Henna With A Heart because it really envelopes the main purpose of the club to do henna for a greater purpose, to help those in need,” junior co-president Anoushka Bhat said via Instagram.

The club was founded by juniors Sriya Ponnaganti and Bhat during the second semester of their sophomore year. They have both learned henna at home through the help of family members and the internet.

“My favorite part about henna is that it’s calming and requires patience,” Ponnaganti said. “It’s one thing that I can focus on and I don’t need to worry about anything else.”

Bhat was inspired to start the club after attending a cultural event, where she witnessed people having henna done, noticing how happy they were with the finished product. Bhat and Ponnaganti both wanted to educate others on the culture of henna while also helping local nonprofit organizations.

One event the club has attended so far was the Back to School Night at Evergreen Elementary School. The club had a table where people could come and pay to receive henna tattoos. When giving others henna, club members use a henna cone filled with dye made from a plant, and the design lasts from one to three weeks.

The club also served as hosts of an event once a month at DBHS during which students can get hennas. They charge $3 for one design and $5 for two. All of the proceeds go toward local charities such as St. Jude. The club is currently looking into attending football games, senior nights and the Diamond Bar city birthday party.

Henna With A Heart also hosts meetings for members to learn how to draw different designs and further develop their skills. They practice with henna cones, purchased from local Indian stores, and pieces of paper, focusing on traditional patterns such as flowers or paisleys.

“My favorite part of the club is that the experience is so rewarding,” Bhat said. “Members who had never tried henna before are now learning to do more complicated designs and their progression is amazing.”

Although the club has only been around for about a year, both Ponnaganti and Bhat hope that it will continue to teach others and raise money for important causes even after they’ve graduated. They also hope to gain more members and branch out to more events.

“I want others to have an appreciation for henna and learn more about it, and for people to donate to local charities and have a heart,” Ponnaganti said.