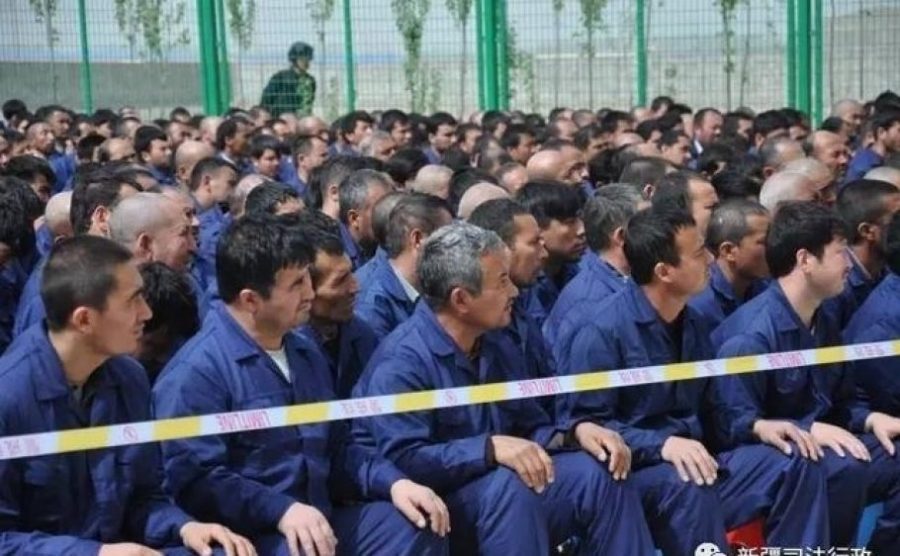 Despite repeated verification from both satellite imagery and independent journalists, the purpose, and even existence of China’s “re-education” camps in Xinjiang for Uighur Muslims continues to be a point of near-childish contention. Mainland China’s bordering-on-obsession with self-image has reached new heights as it attempts to hide its erasure of an entire culture.

More unsettling, perhaps, is that some people are convinced by China’s charade due to its unwavering stance and refusal to acknowledge verified facts. It’s almost as if people have forgotten that all Chinese press is strictly controlled by its authoritarian government.

In wake of the backlash the new film “Mulan” received over crediting China’s propaganda department branch in Xinjiang, where many of the Uighurs reside, I found that a good handful of high school students generally saw them as human rights violations, but weren’t entirely sure that they were even real, much less a serious problem. While their disbelief is somewhat understandable, considering the extent of China’s propaganda, I still find it unsettling that they’d be so easily swayed given the U.S. free press and unrestricted internet that people in other countries don’t necessarily share.

In recent months, I’ve come to recognize that, from within the bounds of my experience, the Chinese Communist Party’s propaganda system is a force to be reckoned with. From the “Sino” internet community on Reddit (which claims that the Tiananmen Square Massacre was a “necessity”), to the CCP’s loyal supporters on Facebook, Twitter and Instagram, the aggressive nature of CCP backers and their range of influence across the internet make the CCP’s actions seem more widely supported than they actually are.

Going even further, in the newest wave of internet activism, countless Instagram accounts are popping up. Several are masquerading as pro-Asian-American Pacific Islander while posting content that attempts to justify the Uighur camps by calling them means of de-radicalization and immediately labeling anyone who disagrees with them as “Sinophobes”.

Not only are many of their claims hypocritically Islamophobic and grossly taking data out of context, they are also conflicting and confusing—especially for second or third generation Asian Americans whose families didn’t suffer under Mao Zedong’s leadership. Immigrants who do remember the Dalai Lama’s exile from Tibet, the Cultural Revolution or Tiananmen Square have learned by now that the CCP’s carefully crafted narrative never reflects reality.

That is not to say that all of their content is completely untrue either; in fact they’ve brought up several good points about the hypocrisy in America. Despite pointing fingers at China, U.S. military forces have committed their own human rights violations in the Middle East and East Turkmenistan. However, this is no viable form of justification, especially as the younger generation of Americans has become more vocal in its disapproval of the government.

They, too, recognize that a human rights violation is still a human rights violation regardless of whether it’s committed on domestic or foreign soil. They’ve executed their right to free speech in drawing awareness to these issues, whereas no such thing could even be dreamt of in Mainland China. The Chinese government deserves to be held accountable, no matter how hard they try to escape and hide behind propaganda.

Given how these same high school students have expressed support for progressive policies, despite consistent pushing of a conservative agenda in the media and our very own government, I hope that they continue to support free press and look into what multiple sources have confirmed about China’s “re-education” camps.

To turn a blind eye and be swayed by a government that–again, let me repeat this– controls all forms of media and forbids free press, shows a lack of independent thought and appreciation of America’s First Amendment rights.