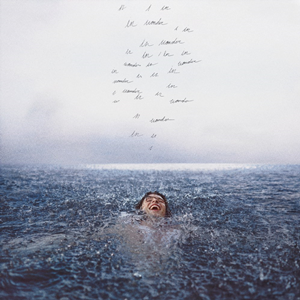 Pop singer-songwriter Shawn Mendes first captured my attention in 2016 with his album “Illuminate,” which highlighted introspective, blues-driven pop and soulful lyrics along with his unique falsetto voice and ability to create catchy singles. His new album, “Wonder,”  brings forth a version of himself that was never presented before.

With his fourth album, Mendes presents a more knowledgeable and tranquil personality, one that is  more developed and in harmony with himself.

“Wonder” features a range of heavy themes ranging from the loneliness and pressure of being famous to the compulsion to fully commit to a relationship too quickly. But it also highlights the euphoric emotions of first love and the beauty of life. Unlike his previous albums, “Wonder” is a package of soaring emotions expressed in bright, larger-than-life pop songs that make listeners feel Mendes’s intense passion.

The opening track “Intro” sets the mood for the entire album, drawing listeners in with its deep, impactful mood. Its message is about escaping to his place of ponderment, with lyrics such as “So give yourself a chance to… Get lost in wonderland.” With Mendes’s sincere singing paired with building piano and bass chords, it makes listeners feel as if they are escaping to a happier place.

The album presents a change from Mendes’s usual pop tunes, which have fast, catchy beats, and instead includes  more slow-paced ballad songs such as “Always Been You,” “Can’t Imagine,” and “Look Up At The Stars.” “Wonder” also features a variety of sounds of pop, from the bassy track “Teach Me How To Love” to high-spirited tracks like “Higher.”

Mendes’s more personal songs include “Song For No One,” which talks about denial and longing, and “Monster,” which deals with the dark side of being a celebrity. “Song For No One” tells of the feeling of unrequited love, with lyrics like, “But that’s okay, I’ll be fine anyway.”

“Monster” was released on Nov. 20 in collaboration with Justin Bieber. Both Bieber and Mendes share their experiences with the pressure of being idolized, and fear of the consequences of making mistakes. With lyrics such as “What if I, what if I fall? Then am I the monster?” that share their persistent fear of being seen in a negative light for erring.

The album’s title track “Wonder” was released Oct. 2, nearly two months before his album release. To say Mendes outdid himself with “Wonder” is an understatement; he absolutely changed his music career for the better with this song. I had never felt so impacted and emotional when listening to anything as I did when listening to “Wonder,” and I definitely believe this track is his greatest work yet.

Compared to his previous albums, it’s clear to see the growth and maturation that Mendes has undergone as he presents intense  topics and heartfelt emotions in wonderfully composed pieces. It’s exciting to see the development of his music as he takes his listeners on his journey, allowing them to feel his fire and energy.

With “Wonder”  Mendes has produced a masterful work and it’s difficult to find even a hint of a flaw within its songs. I truly am confident that he will be receiving even higher praise for this work than ever before.