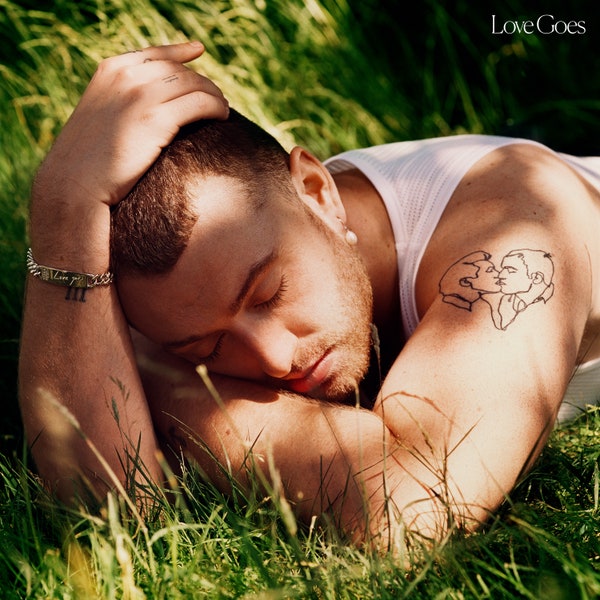 British pop phenomenon Sam Smith, is back with a new album, “Love Goes,” three years after their previous album. Similar to “The Thrill of It All,” this album’s main theme revolves around love, heartbreak and difficult relationships.

In “Love Goes,” Smith uses nearly the same variety of musical techniques that was used in their previous albums: Start with a few musical layers and slow-paced lyrics that soon speed up into the melody. In this album, at first I thought that the songs sounded dull and shallow, but as I replayed them and noticed more details in each track, the songs improved. I began to appreciate the small details Smith incorporates into their songs, such as the subtle throbbing in the background and their use of staccato notes, as I listened more intently. (Smith prefers to be referred to with the gender-neutral pronouns they or their.)

Overall, the album has a happier musical tone than Smith’s others. A combination of brighter melodies and fast-paced songs removed some of the boredom that the last album instilled. The lyrics and themes of the singer’s new songs also seem to be more joyful, as previous songs revolved heavily around heartbreak.

The first song in the album, “Young,” is disappointing, lacking a beat and performed at an extremely slow pace. However, the next song, “Diamonds,” with its tuneful melody, earned a spot on my playlist. “So Serious” and “Dance” were also strong tracks for similar reasons.

Smith’s last album has a gloomy mood, and revolves around unhappiness and exhaustion. Its lyrics focus on coping with romantic failure by partying and drinking. However, “Love Goes” delves more into the lighthearted side of love and its pleasant memories.

Nevertheless, the lyrics still have hints of melancholy that contrast with the cheery tune and melody.

“Love Goes” is also a notable improvement from “The Thrill of it All,” as that album’s songs were uncreative and dull. “Love Goes,” on the other hand, is more uplifting and begins to move on from Smith’s usual subject of heartbreak to acceptance in love. It has catchy lyrics and beats that actually made me want to listen to the songs more than once.

If Smith continues on this path and takes more risks with music, it would be a definite improvement.