The loss of Kobe Bryant 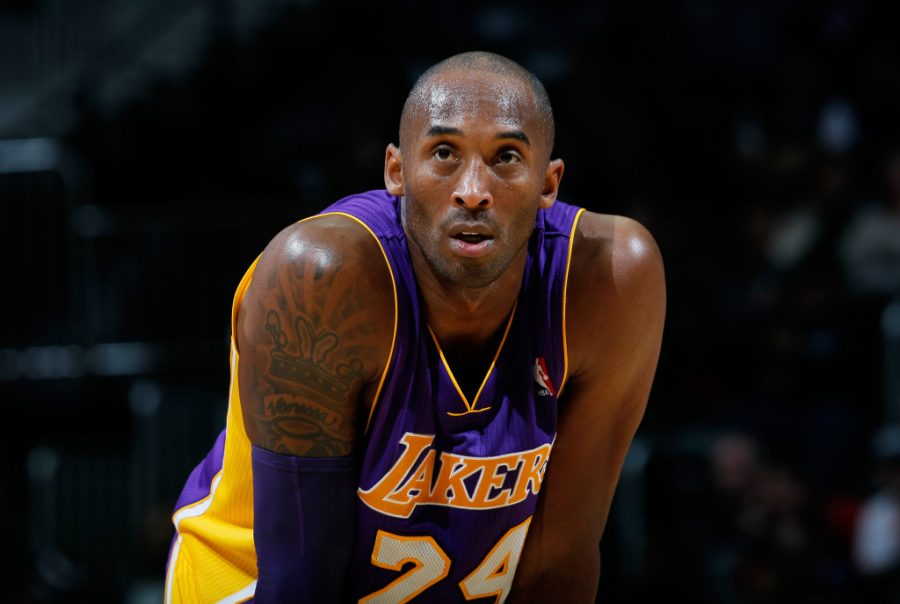 Last Sunday, an event shocked the entire world — one of basketball’s all-time greats, Kobe Bryant, and eight others, including his 13-year-old daughter Gianna Bryant, tragically passed away in a helicopter crash in Calabasas on their way to a basketball tournament.

Despite the sudden loss of the basketball legend, his unparalleled basketball feats are remembered by fans, including those at Diamond Bar High School. The 41-year-old saw success on the court, earning many accolades throughout his entire 20-year career in the NBA, winning five NBA championships and two NBA Finals MVP awards.

“I will definitely remember Kobe for his work ethic. Growing up, I would always hear these insane stories of Kobe working harder than everyone else around him. This is something about him that I try to implement in my real-life habits,” senior Everett Cheng said.

Off the court, Bryant served as an inspiration and cultural icon to many, not just in  Los Angeles but across the globe. His work ethic was unmatched, comparable to those of NBA legend Michael Jordan. Nicknamed the “Black Mamba” for his cold and deadly mentality on the court, Bryant ended his long career with a 60-point game against the Utah Jazz and had his No. 8 and 24 jerseys retired in the Lakers organization.

“Kobe had always been one of my idols since I started following sports. I have always aspired to live up to his “Mamba Mentality” and put one hundred and ten percent into everything I did, whether it be in school, soccer or even household chores,” senior Dhruv Chawla said. “Becoming focused on bettering myself every day, just as defined by his Mamba Mentality, helped me love whatever I did just like Kobe loved the sport of basketball.”

After his career on the court ended, Bryant continued to garner achievements. The Black Mamba transformed a poem that was used to announce his NBA retirement into an animated short film, “Dear Basketball,” which won an Academy Award.

With Gianna’s growing passion and developing basketball skills, Bryant also turned to coaching, and taught the game of basketball to his daughter’s team and many other young players.

In the days after his death, Bryant was honored by friends, fans and players in a multitude of ways. Many players have begun informally retiring Bryant’s jersey number, including Brooklyn Nets guard Spencer Dinwiddie, who changed from No. 24 to No. 26. During the NBA games on the day of Bryant’s death, teams took eight and 24-second violations during the game to pay respect to Bryant’s jersey numbers.

“Kobe was the embodiment of LA, he inspired so many kids to chase their dreams no matter what obstacles they had in front of them. He taught me to push through hard times and come out as a better person. He taught me that hard work and dedication will pay off in the long run,” junior Colin Kim said.

Most recently, the NBA changed the annual All-Star game rule format to pay tribute to Bryant. During the last quarter of the All-Star game, the final score a team needs to win the game will be determined by combining the cumulative points of the winning team’s first three quarters and adding it by 24. There will be no game clock for the final quarter, and the team that reaches the set number of points first wins.