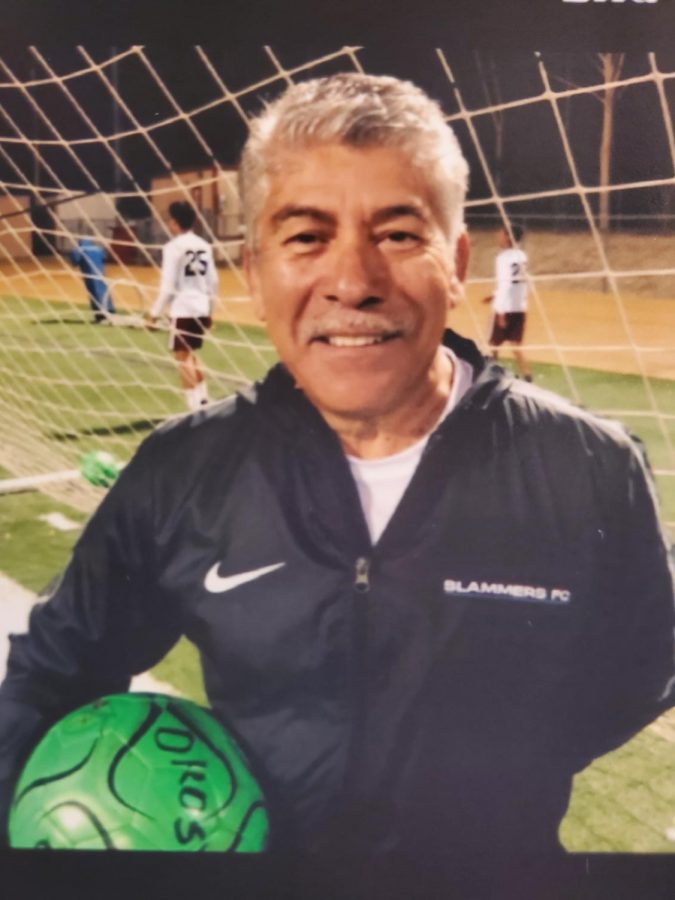 Pete Orosco, a soccer coach who has moved through many schools and organizations,  has found his place coaching Diamond Bar High School boys soccer.

Orosco started out his career in coaching when he decided to coach his daughters’ soccer team about 20 years ago, when they were six years old.

“A lot of parents don’t have experience in coaching, so then I made the decision to start coaching, learn the game and started in the Phillips Ranch area of Pomona, and eventually started taking their all-stars team and was really successful at it,” Orosco said via Zoom call.

Orosco was later asked by Paul Caliguiri, a USA Hall of Fame soccer player, to bring his recreational team to play club soccer for Caligiuri’s club at Cal Poly. From there, Orosco served as the assistant coach at Mt. SAC for three seasons under head coach Melinda Bowen before  transferring to Cal State Dominguez Hills for one season. He then got a call from CDA Slammers, a large soccer club in Southern California, where he has been coaching for the last four years.

“The head coach from the girls program at Diamond Bar High School, Matt Franco, had reached out to the athletic director, Albert Lim, and had mentioned my name as a coach. I met with him last season and made the decision to pick up the [boys] team with very little time to prepare and after the season I made the decision to stay with the team,” Orosco said. He became the boys head coach last year, replacing longtime coach Kemp Wells.

Orosco had ideas he wanted to implement for the upcoming season, but COVID-19 has forced changes.

COVID-19 has forced a halt on all activities both in school as well as club soccer for Orosco.

“It’s unfortunate what has happened because we had the whole program layed out,” Orosco said. “The philosophy is if you teach two systems of play through frosh, JV and varsity, and they all learn the same formations that we use for offense and defense, we should be able to move any player from any level into any position and have them understand the strategy, which is important.”

Orosco said that  structure is a large  part of long-term success and that any player should be able to step into any position. This has been something Orosco has been planning to implement into the soccer team starting with the planned summer programs.

“I want to work with the organization to make sure we get press,” Orosco said. “These guys work hard to represent DBHS, they sacrifice things, and I want to make sure DBHS shows support for the team.”

Orosco says he wants to build a lot of structure and foundation for the team and says he thinks once the season starts up again that he knows the boys will make it far as there is incredible talent on the team.