Skip it or Stream it: The Haunting of Bly Manor 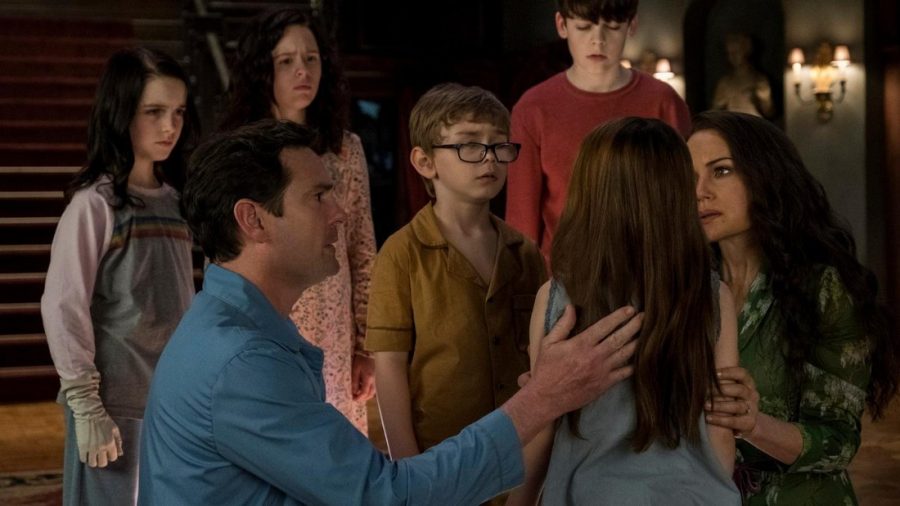 With Halloween just around the corner, streaming giant Netflix and filmmaker Mike Flanagan have returned with the next installment in the “The Haunting of…” series, titled “The Haunting of Bly Manor.” Although there’s a noticeable lack of frightening scenes, it doesn’t detract from the show, thanks to the outstanding performances from both new and returning cast members.
Dani (Victoria Pedretti) plays a young American nanny, hired to care for two recently-orphaned children, Flora (Amelie Bea Smith) and Miles (Benjamin Evan Ainsworth), at a countryside manor. Layers of intriguing mysteries push the plot forward, piling onto each other episode by episode then satisfyingly solved by a single episode, adding a sense of fulfillment to the hours of watching. Some examples include: the cause of the parents’ death, the housekeeper’s strange behavior and the identity of a faceless ghost who roams the halls.
Flanagan once again proves his skill in creating a foreboding, dreadful atmosphere. The small characteristics and reactions made by the cast help set the tone tremendously. Some lead characters possess mannerisms that seem out of place and the dread painted on the characters’ faces, even if something weren’t happening, nonetheless made me feel uneasy.
The orphans, for example, are just plain odd, though both are charmingly portrayed by their actors. Flora makes incessant use of the phrase “perfectly splendid” whenever she agrees with something, which is weird since it seemed all-too-knowing for a girl her age. Then there’s Miles with an unsettlingly mature demeanor for a 10-year-old and the housekeeper Hanna Grose (T’Nia Miller), who often spaces out and stares into the distance as if she were in a dream. Flanagan uses these small oddities to give life to each character and create an aura of mystery before even introducing the mansion.
Flashbacks throughout the show offer context and depth to each character’s backstory. Each is carefully crafted so that by the end of the series, viewers understand every character’s motives.
Rather than the supernatural oddities occurring throughout the estate, Flanagan chooses to focus more on forming complex character relationships. Despite this, viewers in search of a good horror show will still find the slow-build up of terror to their liking. Small things like animated dolls and lingering apparitions mixed with the mental agony of the characters can satisfy even the most stubborn of horror fans.
It’s in these complex relationships, like the one formed between Hannah and Owen (Rahul Kohli), the chef of Bly Manor, where the show exhibits some of its most compelling moments. The light-hearted conversation between the two provides one of the few heartwarming moments in the show and adds more weight to its darker and more emotional moments.
Though it lacks the terrifying punch of its more horror-charged predecessor, “Hill House,” “The Haunting of Bly Manor” still manages to present a different kind of entertainment. Instead, it’s imbued with rich character development, doomed love and personal grief. It may not reach the high bar set by “Hill House,” with its simultaneous in-your-face horror and emotional depth, and the slow buildup may test your patience, but the show pays off and is entertaining in its own right.